Spokesman: We will attend informal five-party conference on Cyprus 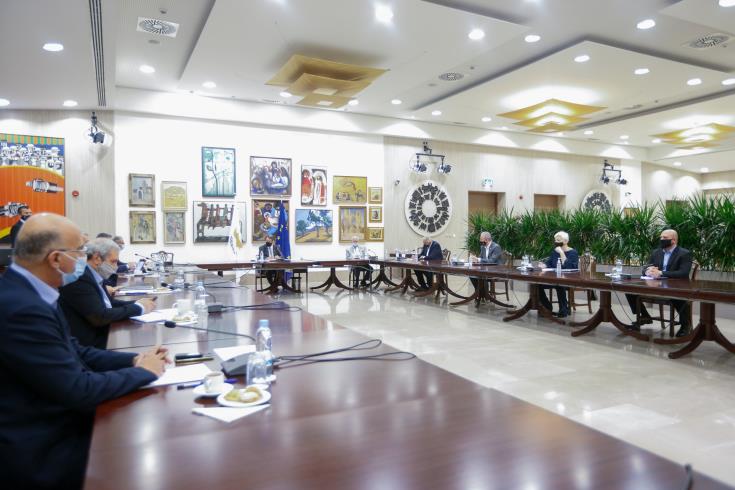 The government’s position is that we are going to attend an informal five-party conference on Cyprus, which the UN Secretary-General intends to convene, Government Spokesman Kyriacos Koyshos said on Wednesday, pointing to relevant statements made by the President of Cyprus and the letter he sent to Antonio Guterres.

Speaking after a meeting of political party leaders, which convened under the President of Cyprus, to discuss developments on the Cyprus issue, Koushos referred to Turkish illegal actions in Varosha and the exclusive economic zone, noting that “there is no doubt that actions such as these are in no way conducive to creating a good climate for the continuation of talks.”

He said, however, that no negotiations are going to take place during the informal five-party conference, since participants are expected to talk about the formalities on how to proceed with the talks.

During the meeting, President Anastasiades informed political leaders about the latest developments around the Cyprus issue and in particular about the October 15-16 European Council, where he raised unlawful Turkish actions, both in the fenced-off part of Famagusta, as well as in the exclusive economic zone (EEZ), Koushos said.

According to the Government Spokesman, the President also referred to the October 1-2 European Council conclusions, the letter he sent to the UN chief on October 19, conveying the intention of the Greek Cypriot side to attend talks at the initiative of Antonio Guterres, as well as to a letter Guterres sent in response, on October 20.

Political leaders expressed their views, both in relation to the essence of the Cyprus issue and as regards the participation of the Greek Cypriot side to the informal five-party conference, which the UN Secretary-General intends to convene, Koushos concluded.