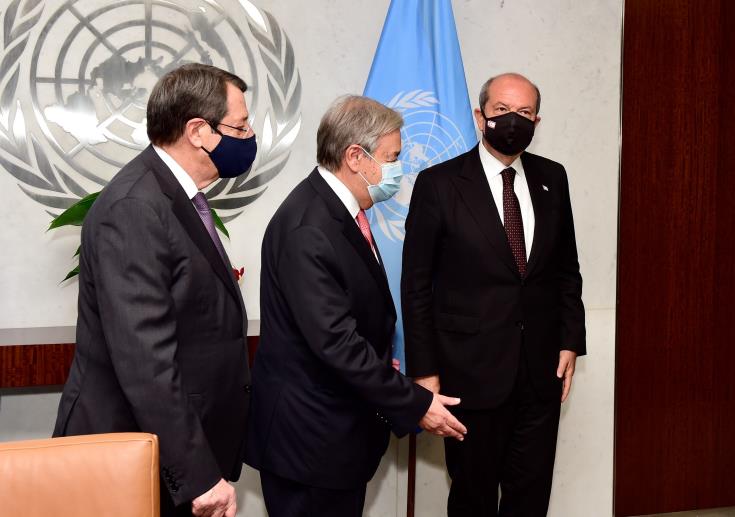 Government Spokesperson Marios Pelekanos has told CNA that Nicosia is in consultations with the UN, stressing at the same time that the Greek Cypriot side expects UN Secretary General Antonio Guterres to go ahead with an appointment of a special envoy on Cyprus.

Pelekanos was replying to a question following an interview of Cyprus President Nicos Anastasiades to CyBC television broadcast on Monday evening during which he expressed his displeasure over the fact that Guterres did not announce the appointment of a special envoy on Cyprus despite an agreement reached on the matter during an informal lunch he hosted with President Anastasiades and Turkish Cypriot leader Ersin Tatar, in New York.

Asked whether the Greek Cypriot side is having some contacts with the United Nations on the matter, he replied, “some consultations are ongoing with the United Nations,” noting at the same time that “our side expects from the (UN) Secretary General to go ahead with what was agreed during the informal lunch, that is to say the appointment of a special envoy.”

In his interview to CyBC, President Anastasiades expressed his displeasure over the UN SG’s stance after the Turkish Cypriot side backtracked on the matter.

“Shouldn’t the SG convey the truth?” he wondered. Asked why he believes this is not the case, President Anastasiades said: “because he feels that in this way he would be in conflict with one of the two sides, will supposedly lose their trust and there is a possibility that he would not be able to play his role.”

“I don`t believe that dealing with matters with such an evasive neutrality is correct” he pointed out.

“What displeases, he said, is that not issuing a statement as a result of the backtracking (of the Turkish Cypriot side) should not have prevented the Secretary-General to say what his position and decision is.”

“It is not a matter of compromise it is a matter of the Secretary-General acting with the scope of his mandate,” he added, among other things.

At the same time, asked whether the Cyprus problem is now at a deadlock he replied we are at a stage of “dangerous stagnation.” Asked about the consequences of this, he referred to the consolidation of the faits accomplis. And this, he added, “is undoubtedly the worst.”

This is why, he assured, “we are doing everything humanly possible.”