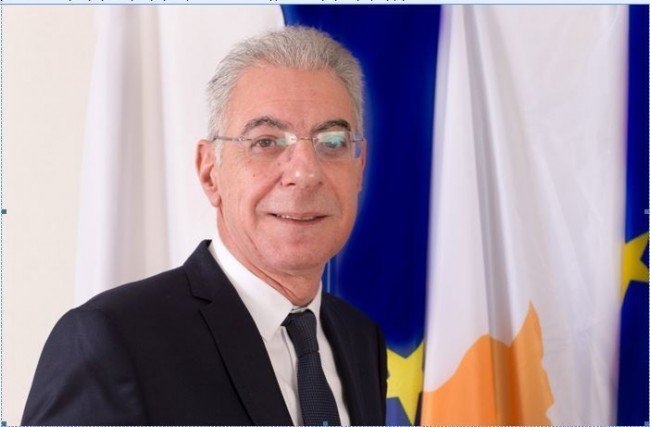 Government Spokesman Prodromos Prodromou has said on Sunday that preparations are under way to resume Cyprus negotiations and hoped that Turkey will eventually show a different attitude from what it has so far.

In statements after a memorial service in Dimon community of Limassol district, Prodromou said that “we are at a stage where we are preparing for the resumption of negotiations. It is evident that as we are progressing, the right attitude must be created”.

We hope, he added, that “Turkey will show a different attitude than the one it has so far because the only way forward is through negotiations, to achieve an agreement that will end this anomalous situation, the occupation of Cyprus and the outbreak of conflict which Turkey, unfortunately, creates.”

According to the understanding during the last leaders’ meeting, said Prodromou, President Nicos Anastasiades is expecting the negotiations with the UN Secretary General’s Envoy, Jane Holl Lute to continue with the aim to prepare the appropriate ground to persuade the UNSG to resume the negotiations.

A solution, said Prodromou, will seek an agreement that will be acceptable by all citizens foremost, but will also be in line with EU principles and rules. “These principles cannot be abandoned and it is understood that the solution to the Cyprus problem will provide for an independent country in which all lawful residents can live and work together in peace. These are the principles of a solution being sought and cannot be altered by any policy Turkey or any other party may be pursuing”.

The President of Cyprus, he said, hopes that the resumption of the talks will be based on the common statement during which the negotiations were originally launched, based on all convergences achieved during the last phase of the negotiations and all issues discussed at the final dinner at Crans Montana where the deadlock ensued.

It is very significant, he added, that the discussion that took place in Crans Montana with the principles set by the UNSG are included in future negotiations.

Asked when, he believes the talks will resume, the Spokesman said, “It is not a matter of estimating dates. The issue is the political will shown by our side to find a response by the other side and especially Turkey, which has been stalling or preventing the talks’ re-launch for two years. We hope that the time has come for us to continue with genuine negotiations, he concluded.

The Greek Cypriot side wants negotiations to resume immediately on the basis of the Joint Declaration of February 11, 2014; the convergences that have been achieved and led to the Conference on Cyprus, in the Swiss resort of Crans Montana, in the summer of 2017; as well as on the basis of the discussion regarding the six parameters of the UN Secretary-General which took place in Crans Montana until the dinner of July 6, 2017.

Following the end of the meeting between President Anastasiades and the Turkish Cypriot leader on 9th August, 2019 the two sides are expected to continue engaging with Jane Holl Lute to formulate the terms of reference, while the leaders are expected to have a trilateral meeting in late September, in New York, with the UN Secretary-General, after the end of the UN General Assembly.