Spehar: UNs’ next steps for Cyprus are consultations with parties 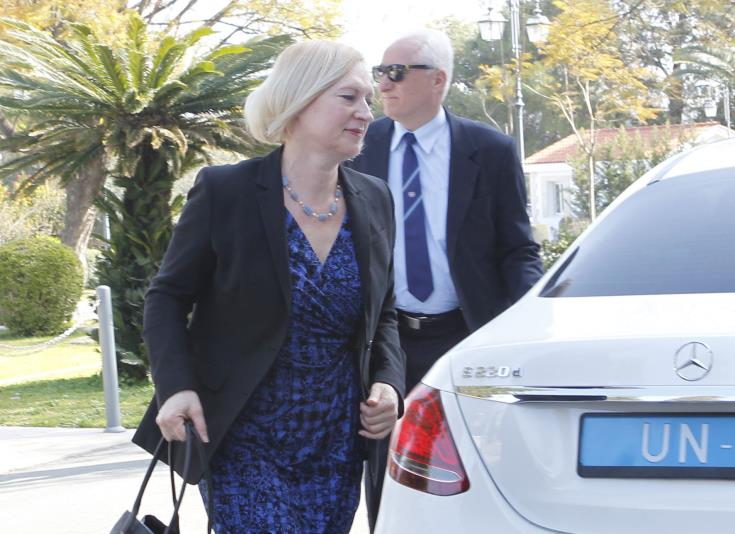 The next step of the UN will be to conduct consultations with all parties, Special Representative and Head of the United Nations Peacekeeping Force in Cyprus (UNFICYP) Elizabeth Spehar said on Wednesday.

Answering questions after a meeting with DIKO leader Nicholas Papadopoulos, Spehar said she is meeting with the political parties to “see how they see the current situation and touch base and I hope to be doing that in the coming period”.

Asked about any moves following the elections in Turkey, Spehar replied that “the SG announced in his last report that he will conducting consultations with all the parties  and for the UN that will be the next step”.

To a question when the next step from Antonio Guterres will be, Spehar replied “I would say in this coming period, soon”.

According to the advance copy of the Report of the Secretary-General on progress towards a settlement in Cyprus for the information of the members of the Security Council, the UNSG said he believes “there is still scope for the sides to act responsibly and decisively in order to chart a common way forward for the island”.

Guterres also said that in the coming period, he intends to send a senior United Nations official to conduct in-depth consultations with the parties. “The consultations will provide a more formal, structured, and detailed channel for the parties to convey to the United Nations the outcomes of their reflection since Crans-Montana and to help determine whether conditions have or have not matured at this stage for a meaningful process. I encourage the parties to recognize the importance of this exercise and to seize the opportunity accordingly,” he noted in his Good Offices Mission report.

By In Cyprus
Previous articleNPLs still a key challenge for the banks, CBC Governor says
Next articleUK Cypriots disappointed at UK MP’s call for direct flights to occupied Cyprus