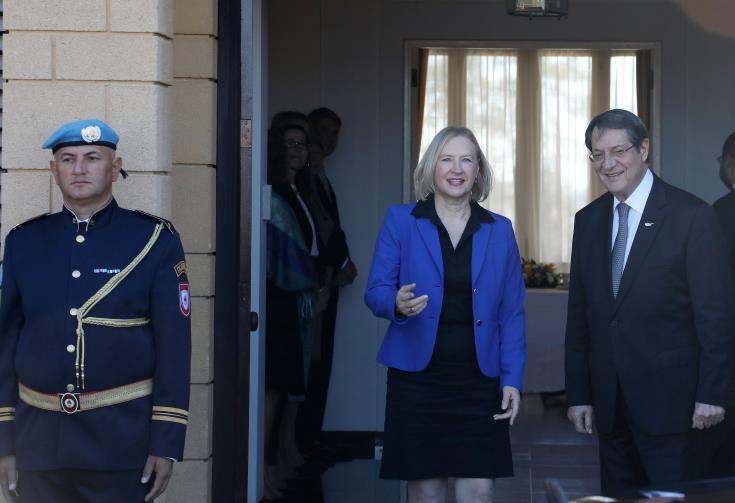 The UN Secretary General’s Special Representative and Deputy Special Advisor on Cyprus, Elizabeth Spehar, will host an informal meeting of the leaders of the two communities on February 26, at the Chief of Mission’s residence.

According to a press release, the meeting will be held upon request of the two leaders, namely President of the Republic of Cyprus Nicos Anastasiades and Turkish Cypriot leader Mustafa Akinci.

By In Cyprus
Previous articleCyprus needs a detailed and enforceable Code of Conduct for the judiciary, GRECO says
Next articleTrump adviser Stone: I’m not Kim Kardashian, don’t need gag order