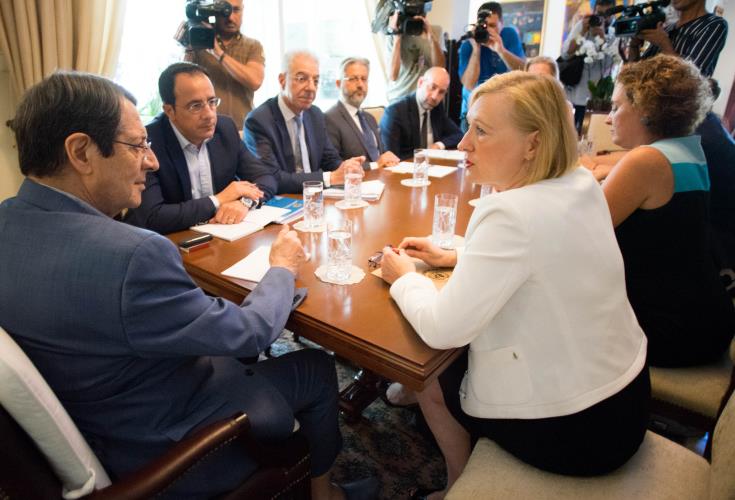 “I met with the President and saw that he is fine,”  the UN top official told reporters, referring to the President’s recovery from surgery. She went on to say that the meeting was constructive and that she would meet with the Turkish Cypriot leader Mustafa Akinci this evening.

By In Cyprus
Previous articleEx-UK PM Major vows to block suspension of parliament for Brexit in court
Next articleCyprus population up +13.4‰ in 2018, fourth highest rise in EU