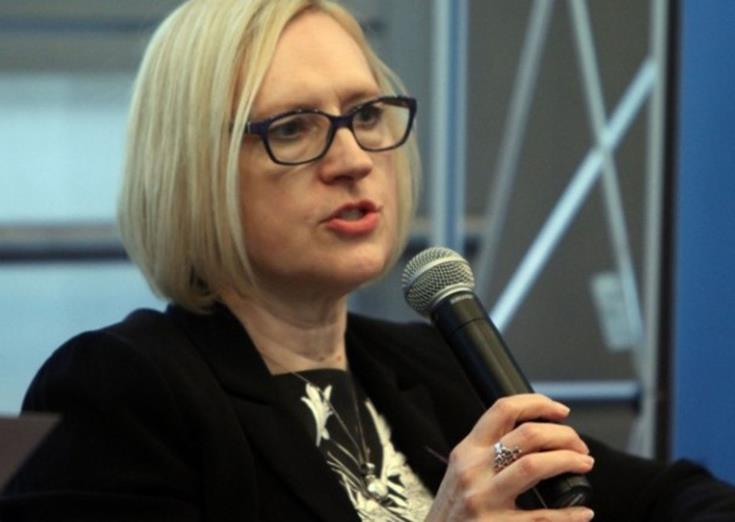 Elizabeth Spehar, the UN Secretary General’s Special Representative in Cyprus and Head of UNFICYP has highlighted the importance of trust-building, engaging in confidence-building measures and involving civil society in the peace process in Cyprus.

As the world commemorates the International Day of Peace, Spehar also highlighted the importance of people across the island working together towards lasting peace in Cyprus, according to an announcement by UNFICYP.

Speaking about this year’s theme, Spehar noted that “for the UN, the right to peace entails not only the absence of violent conflict but also the protection of all human rights and the realisation of development objectives.”

She adds that this can only be attained when individuals and societies recognise not only their rights but also the rights and needs of others, practising tolerance, solidarity and mutual understanding. “In Cyprus, as elsewhere, all can do their part” she adds.

The Head of UNFICYP recalls that the Security Council, through Resolution 2430 (2018), recently appealed to the sides on Cyprus to promote trust-building and engage in confidence-building measures as building-blocks to peace, and also underscored the importance of civil society involvement in the peace process, emphasising inter-communal contacts, exchange and co-operation.

“As we mark the 2018 International Day of Peace, now more than ever, the cause of peace needs everyone’s support” she noted and said that greater involvement of women and youth is particularly important. “Believing in peace is not enough; all communities must work together to make it a reality” she concluded.

Each year the International Day of Peace is observed around the world on 21st September. The General Assembly has declared this as a day devoted to strengthening the ideals of peace, both within and among all nations and peoples.

By In Cyprus
Previous articleThree more satellite casinos by end of 2018
Next articleMan who filmed himself deliberately running over emus, arrested (video)