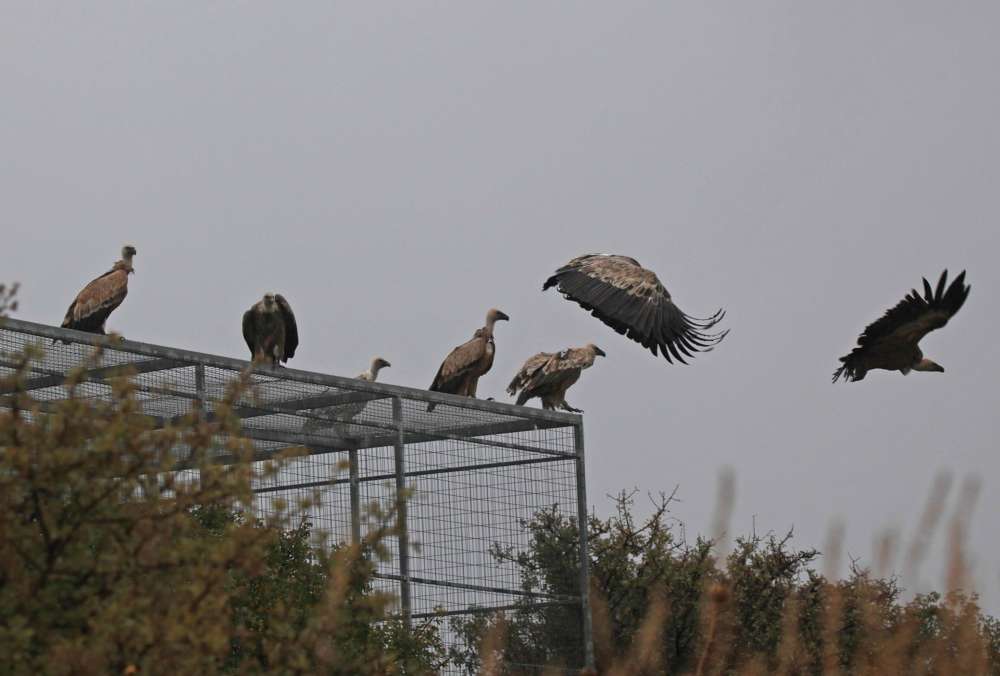 During a recent visit to the fringes of Paphos forest, Forestry Department officials were pleased to see that a specially installed feeder is popular with Cyprus’ endangered vulture population, with 16 vultures on site at that specific time.

In a post on Facebook, the Forestry Department said that the feeder has been operating under the responsibility of the Department since 1992.

Food – dead animals or carcasses previously checked by the Veterinary services for any diseases or antibiotics — is placed there twice a week.

The site is maintained and cleaned regularly, and non-eaten carrion is buried.

The space in addition to feeding vulture provides food to other rare birds such as Bonelli’s eagle and buzzards, among other.

“Taking into consideration the dramatic decrease in the vulture population in recent years, the operation of the feeder is seen as  very important since, according to data observed almost all of the vulture’s population in Cyprus visits it for food almost daily,” the department added.

The Griffon Vulture Gyps fulvus is the largest bird in Cyprus with a wingspan that can reach 2.8 metres. In the 1950s, the population numbered several hundred birds, but with only 20-25 vultures remaining today, amounting to a 94% decrease, these iconic birds are now a rare sight in Cypriot skies.

The reasons behind the decline are many and complex, but the main threats facing the species are two: lack of food and poisoning, BirdLife Cyprus said.

By In Cyprus
Previous articleTurkey-Libya MoU does not comply with the Law of the Sea, EU Council states
Next articleKarousos checks out school bus for himself