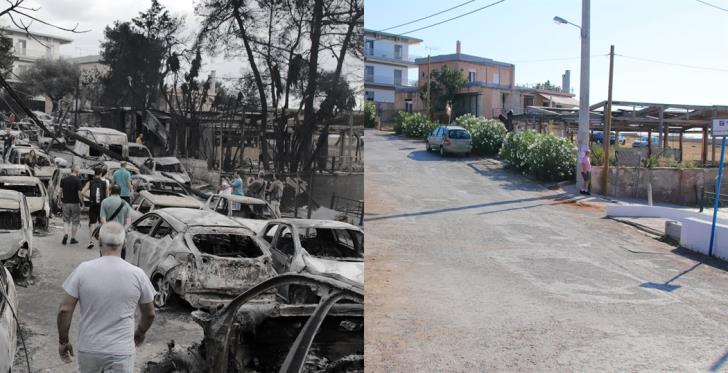 A special committee tasked with the implementation of Cyprus’ decision to donate €11m to victims of the devastating wildfire in Greece’s Attica region two years ago met for the first time on Thursday.

The Council of Ministers approved the final decision on August 27, 2020, according to Philenews which also clarified that €10m is from the state and €1m from private donations.

A total of 102 people died in the inferno that started as an afternoon fire in Mati and then quickly got out of control, with hundreds of people panicking and trying to escape.

Out of the total aid, €8 million will be allocated for the construction of housing units for vulnerable groups who, after the deadly fire, were unable to reconstruct their own place.

The area in which these units will be built is ​​about 40 acres long, located near Marathonos Avenue and belonging to the Church of Greece which has donated it for the needs of fire victims.

The allocation of the units will be carried out under fair and strict criteria defined by the Greek Government to beneficiaries. That is, to those who have lost their primary home and still want to stay in the area.

The remaining €3 million of the aid will finance the study and technical work behind a park at Mati area that will have the features of a memorial park.

At the same time, however, it will be a model green space and fully usable by the area’s residents. The park which is to also serve as a “great legacy” is absolutely essential for the devastated area.