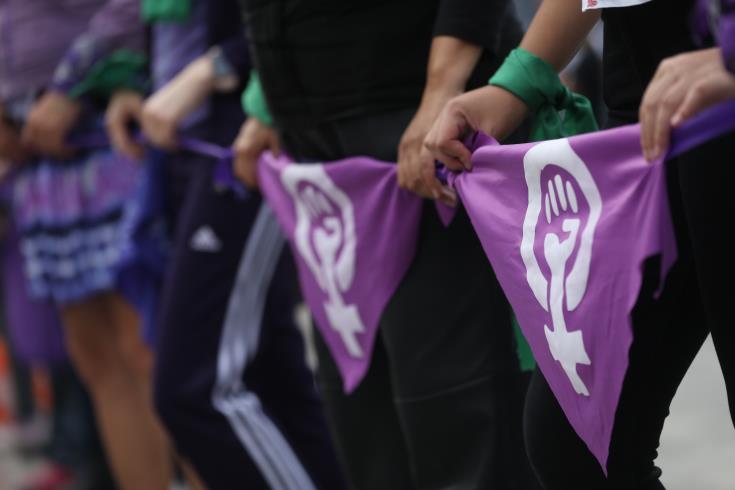 SPAVO, the Association for the Prevention and Handling of Violence in the Family, has seen an increase of 40% in the calls it received at the 1440 Helpline, compared to previous years, Association’s Director Andri Andronikou told the Cyprus News Agency.

Speaking to CNA on the occasion of the of the International Day for the Elimination of Violence against Women, Andronikou said that since the outbreak of the pandemic, the 1440 Helpline figures show a worrying increase in cases related to domestic violence, although, she pointed out, the extent of the phenomenon is not known due to the fact that victims remain silent.

She said that for many women and children, the home is not a safe refuge anymore.

Andronikou said that between January-November 2020, a total of 263 people were provided assistance, 121 women and 142 children, who were at risk due to domestic violence.

An additional 2,016 cases of domestic violence were served by the 1440 Helpline, of which 1,163 were first time calls, corresponding to 183 cases of violence per month.

At the same time, 232 cases were given help through individual counseling and treatment, 30 cases were handled through the SMS Helpline at 99984042 and  a number of women received services from the social service program, which covers social needs and psychosocial support.

She said that data from the Council of the EU show that there is an increase between 25-45% in cases of domestic violence in European countries because of the pandemic and the lockdowns.

She said that in many case, the coronavirus contributed and acted as a “magnifying glass to pre-existing problems”.

SPAVO actions and campaign for the International Day will cover the next 16 days.

Secretary General of the Council of Europe Marija Pejčinović Burić called for zero tolerance for all form of violence against women, especially in the period of the pandemic, in her message for the UN International Day for the Elimination of Violence against Women. As she says in the midst of an enduring pandemic, lockdowns have proven to be a unique challenge for all of the above.

“We need to ensure that renewed restrictions on movement do not cause more harm to women and children. But steps can be taken to ensure that the home does not become a place of fear again” the Secretary General notes in a press release.

She adds that effective measures to prevent violence against women must be a key part of renewed lockdowns and that continued and safe access to support services such as shelters must be ensured as “essential”. She also notes that support services offer online services, from psychological counselling to online application forms for protection orders.

“Creative solutions that have worked in some countries earlier this year, from rail-to-refuge schemes allowing victims free travel to support services, or information provided to victims of domestic violence by local pharmacies that are open during lockdowns, should be encouraged and adapted to lessons learnt from the spring” the Secretary General points out.

She adds that if not already carried out, police officers and health professionals should be given guidelines to both identify and help victims of domestic abuse, for example by pro-actively reaching out to women who have sought help before. Access to legal assistance and judicial remedies for women and girls at risk must be maintained, she notes.

According to the Secretary General, even before the pandemic struck, women and girls with disabilities, of migrant origin, without a permanent home or from ethnic, religious or language minorities often had difficulties accessing information on available support and protection. As she notes “we need to ensure that their needs are addressed during the pandemic”.

“The surge in gender-based violence during the spring lockdowns propelled this issue onto the political agenda in many of our member states“, she says.

Finally she calls on those states that have not yet done so to turn this heightened awareness into action by ratifying and implementing our Istanbul Convention.