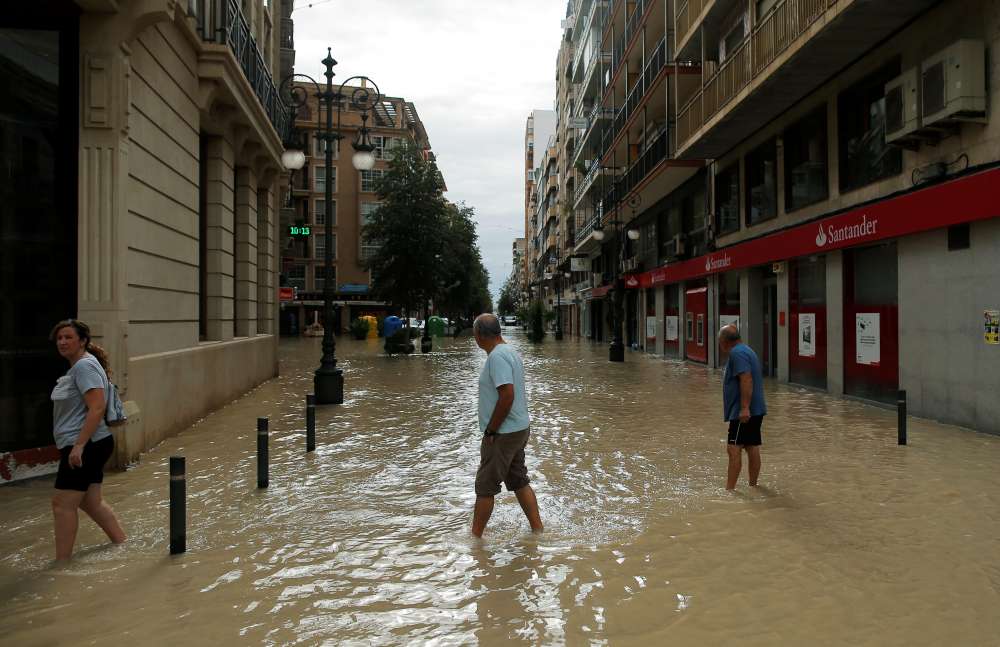 A 41-year-old man was found dead in southeastern Spain on Saturday, the local government said, bringing to at least six the death toll inflicted over the past two days by record-breaking rain.

More than 1,100 military personnel have been deployed to the regions of Murcia and Valencia to help rescue people isolated by the deluge and evacuate thousands to safety after a river burst its banks and cascades of water submerged highways.

The most recent victim was from the town of Orihuela, around 55 kilometres from the seaside town of Alicante, where acting Prime Minister Pedro Sanchez visited the emergency response command centre.

“Sadly, we mourn another fatality in Orihuela,” Sanchez said on Twitter.

Three men were found dead on Friday, including one who tried to drive through a flooded tunnel, and two siblings perished on Thursday when their car was carried away by water.

The national weather agency maintained its weather risk alert at the third-highest level on a four-point scale for several areas in the centre and south of Spain.

By In Cyprus
Previous articleLimassol: Two men remanded in custody in burglary investigation
Next articleLarnaca: Biker critical after collision with car