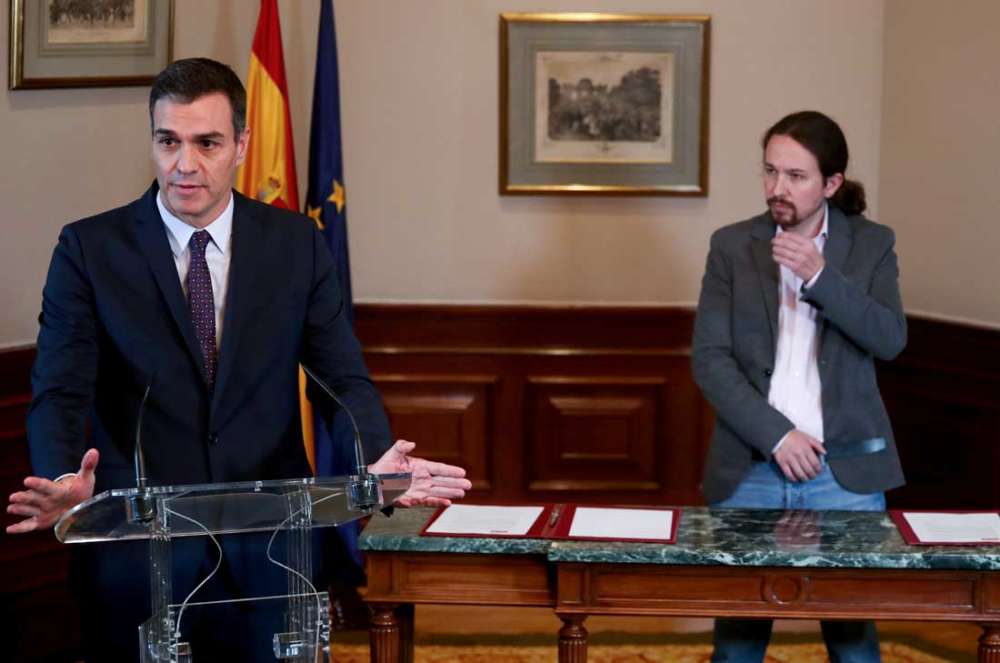 However, the combination of their seats is not enough on its own to secure a majority in parliament and they will still need to seek support from other parties for such a government to be confirmed.

El Diario newspaper said they would try to get other parties on board, including the market-friendly Ciudadanos, far-left Mas Pais and the Basque nationalist PNV.

The two parties had tried and failed to strike a government deal after the April election, which had prompted Sanchez to call the repeat election.

Spanish media including La Sexta TV said that Iglesias would be deputy prime minister, something which Sanchez had refused in the post-April election talks. Sanchez had also at the time opposed a coalition government.