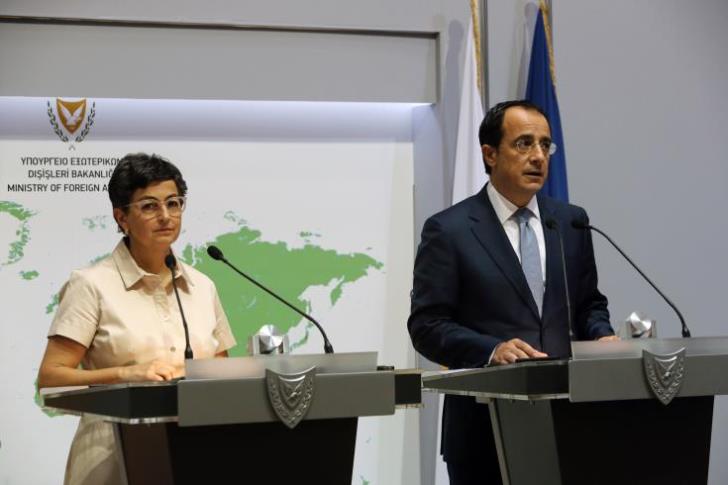 Spain expressed its solidarity with Cyprus in the Eastern Mediterranean, with foreign minister Arantha Gonzales Layia noting her country’s opposition to any unilateral action, and adding that a viable settlement can only be achieved through dialogue.

In joint statements with her counterpart Nikos Christodoulides, following a meeting in Nicosia, Layia stressed that her visit ‘sends a clear message both to you and to the President, that I saw this morning, of solidarity and support to Cyprus in Eastern Mediterranean tensions with Turkey’.

These tensions, she added, cannot be solved through unilateral actions that do not facilitate a viable solution. The only way forward towards this goal, the Spanish FM noted, are negotiations through dialogue and this goes for Grecoturkish differences too.

Christodoulides said that Cyprus looks to its partners in the EU for practical solidarity.