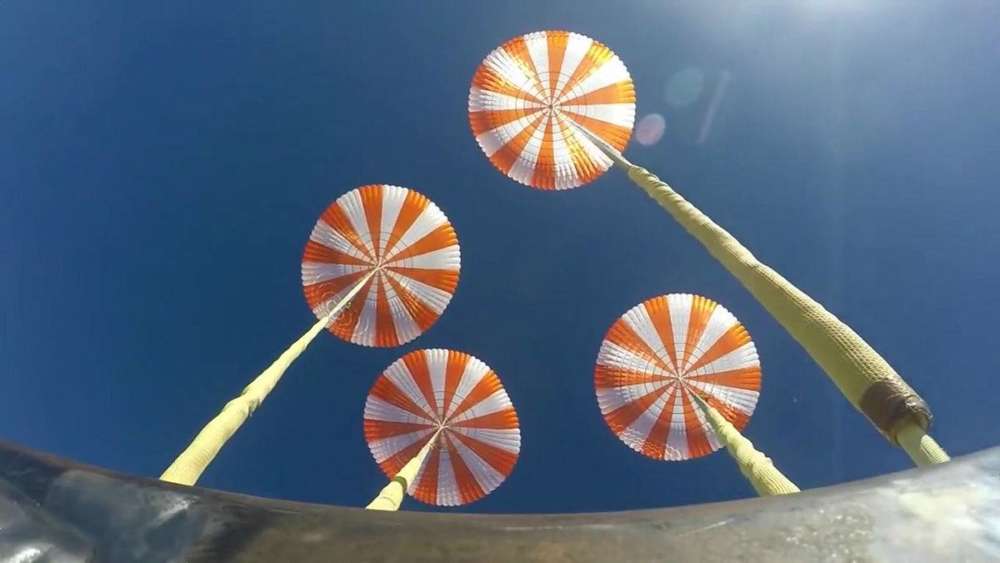 SpaceX has managed to run 13 successful parachute tests in a row of the third major revision of the parachute system it’s planning to use for its Crew Dragon spacecraft. The most recent test, which SpaceX shared a shorted edited video clip of on Twitter, involved using the system with one of the parachutes intentionally not deploying, to prove that it can land the crew craft safely even in case of a partial failure.

This is a big step for SpaceX’s plan to launch NASA astronauts aboard Crew Dragon. Last month, NASA Administrator Jim Bridenstine visited SpaceX headquarters in Hawthorne, California, where he and SpaceX CEO Elon Musk held a press conference to discuss their progress on the commercial crew program. At that event, Musk said that he felt SpaceX was aiming to do “at least” 10 successful tests of its revised ‘Mark 3’ parachute system in a row before any astronauts fly with the system in use.

“We certainly want to get […] at least on the order of 10 successful tests in a row before, before launching astronauts,” Musk said at the time. “So that seems like where the behavior of the parachutes is consistent, is across 10 successful tests.”

SpaceX team has completed 13 successful tests in a row of upgraded Mark 3 parachutes for Crew Dragon. Most recent test demonstrated the parachute system’s ability to land the spacecraft safely in the unlikely event that one of the four main parachutes fails. pic.twitter.com/VJzDeS8UAG

By In Cyprus
Previous articleIn impeachment testimony, U.S. diplomat says she was told to tweet support for Trump
Next articleIndustrial producer prices fall by -0.8% in Cyprus, rise by 0.1% in Euroarea and EU28