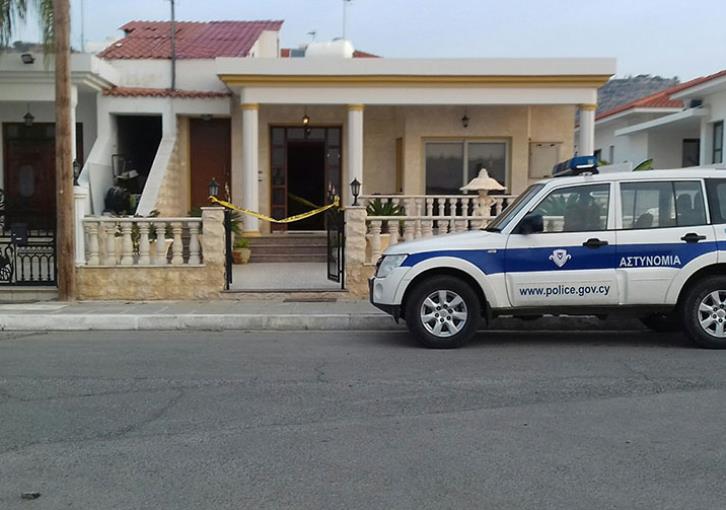 A family tragedy took place at the district of Larnaca where a 34-year-old man stabbed his 62-year-old father to death in their house in Oroklini.

The incident took place at around 10 PM on Wednesday, when according to sources, father and son had a dispute which soon became a fight. The 34-year-old took out a knife and repeatedly stabbed the 62-year old. When he saw his father drop to the ground the perpetrator left the scene of the crime. The 83 year-old victim’s mother reported the incident to the police.

The police officers who arrived at the crime scene found the 62 year-old in a pool of blood. The victim was transported to the Larnaca General Hospital where he passed away despite the efforts of the doctors on duty.

The victim, Steve Andreas Ioannou, had multiple stab wounds to his chest, sides and back.

The victim’s 34 year-old son, George Steve Ioannou, has mental health problems and is taking medication. The fight with his father started because of his denial to take his prescribed medication.

The 34 year-old was spotted by locals at around 2AM wandering at an area of Oroklini in a state of delirium. The police was notified immediately. The perpetrator was arrested and it is expected that he will be taken to the Larnaca District Court on Thursday morning so that a detention order can be issued against him.

By In Cyprus
Previous article23.000 patients in line for an Ultrasound and 10.000 for a Pap test
Next articleKatsarka Beach – Blue Flag