“Someone is sabotaging strawberries in Australia,” says Queensland Premier 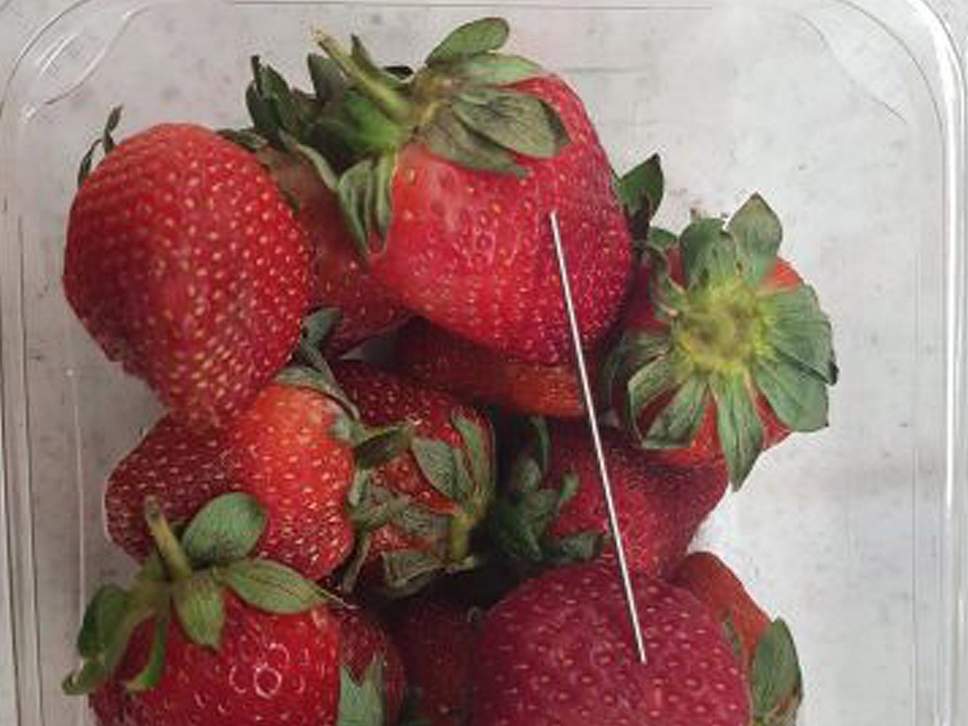 Australia has launched a nationwide investigation after sewing needles were found hidden in strawberries, causing a price crash as fears about their safety spread.

Consumers are being warned to slice the fruit before eating after one man was taken to hospital after swallowing fragments and experiencing “severe abdominal pain”, and a nine-year-old boy spat out a needle while eating a strawberry at school.

“Someone is trying to sabotage the industry but also in doing that, they are putting babies’ and children’s and families’ lives at risk,” Annastacia Palaszczuk, the premier of Queensland, said.

Woolworths Group has removed all the affected brands from shelves in its supermarkets, but continues to sell other varieties of the fruit.

Wholesale prices have halved to A$0.50 (£0.27) per punnet which is below the cost of production in Western Australia.

Despite strawberry crops now peaking, growers have been forced to dump tonnes of prime fruit because of the price crash.

In what is thought to have been a copycat act, a woman was also caught putting a needle into a banana in the town of Maryborough.

The 62-year-old, who is believed to have mental health issues, was seen in a shop putting the piece of metal into the fruit.

Police said they were treating it as an isolated incident not linked to the wider contamination issue.

By In Cyprus
Previous articleNext financial crisis could strike in 2020, says JP Morgan
Next articleUK economy will shrink without Brexit deal – IMF