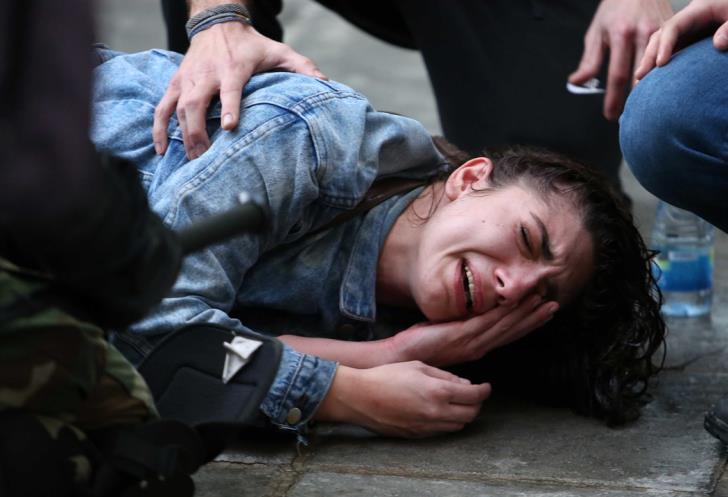 Social media in Cyprus are flooded with outraged posts condemning an apparent excessive use of force by riot police against anti-corruption protesters in old Nicosia on Saturday.

Videos and photos vividly showing police brutality are followed by outraged commentary and calls for heads in the Force to roll. Some critics go as far as to call for the Justice Minister’s immediate resignation.

The social outcry forced Minister Emily Yiolitis on Sunday to call for a thorough investigation into the violent clashes.

She also sent the message that excessive use of force is unacceptable in EU-member Cyprus.

Police had used water cannon and tear gas in an attempt to break up the gathering of several hundred people who were also protesting lockdown measures over the covid-19 pandemic.

At the same time, the Independent Authority for the Investigation of Allegations and Complaints against the Police has undertaken the task to investigate the complaints.

The clashes led to the arrest of at least 11 activists and a couple of people abused by police were hospitalised. One young woman is in danger of losing an eye after a water cannon was turned directly on her face.