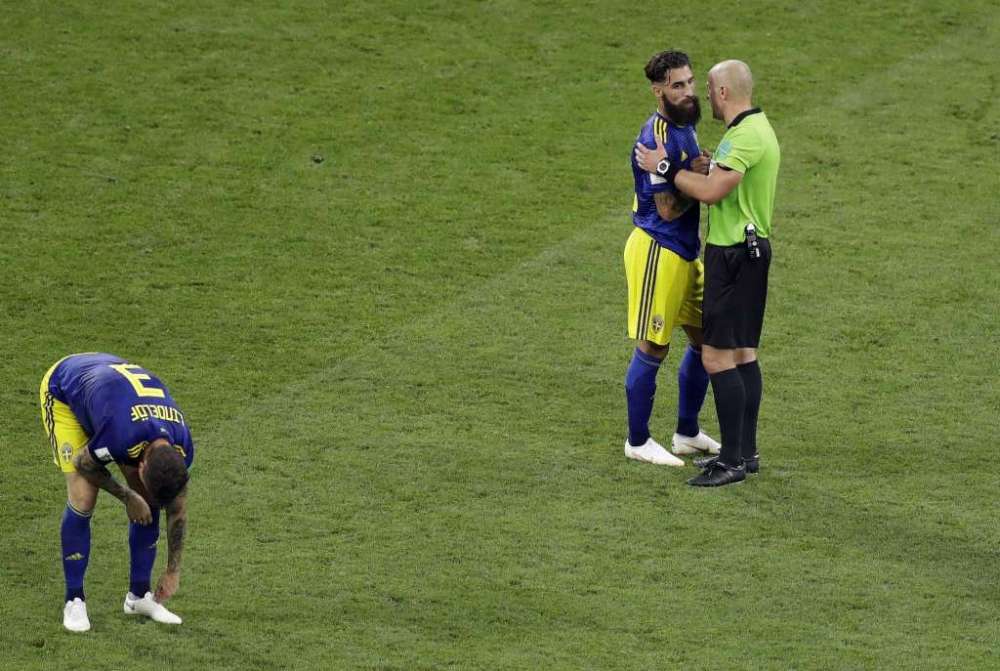 Sweden substitute Jimmy Durmaz was subjected to a storm of racial hatred and threats on social media after giving away the free kick that led to Toni Kroos’s late winner for Germany in their Group F World Cup clash on Saturday.

The stream of abuse on the 29-year-old’s Instagram account began almost as soon as the ball hit the back of the net and his team mates jumped to his defence with striker and fellow substitute John Guidetti praising his colleague.

“He ran and fought the whole game, it’s unlucky – it’s completely idiotic to subject him to hate for that,” Guidetti told reporters.

Durmaz, who was born in Sweden to Assyrian parents who had emigrated from Turkey, played down the abuse.

The Swedes looked like securing a draw until Kroos struck deep into stoppage time to secure a 2-1 win and emotions boiled over after the final whistle as an angry Sweden coach Janne Andersson accused German officials of taunting his side.

Sweden substitute Pontus Jansson said he had lost his temper with the Germans but accepted they had ultimately regretted their actions.

“Some of them celebrated in a disrespectful way in my opinion. There was a lot of feelings, we had just let in a goal and lost the game, so it was pretty sour,” Jansson said.

“Maybe there was unnecessary anger (from me), but they apologised afterwards so it’s just a case of accepting it. There were a lot of feelings in the heat of the moment.”

The Swedish tactic of closing down the centre of defence and allowing the Germans space on the wings looked like paying off until Kroos’s late goal and they now need to recover and beat Mexico to be sure of advancing to the second round.

“In the dressing room we said we have everything in our own hands,” Jansson said. “Obviously we’re angry and sad but we need to reload and do it in the next game.”