Snow and fog in Troodos, hail in Platres 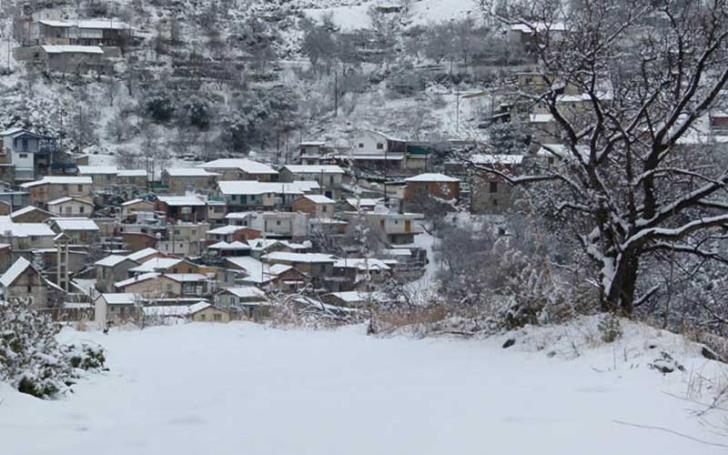 According to police, all roads to Olympus peak and Troodos square, as well as all roads from Platres to Troodos are open only for vehicles equipped with four-wheel drive and/or anti-skid chains.

Pedoulas-Prodromos road is slippery due to rainfall.

The accumulation of snow is 15 cm in Troodos square and 25 cm on Olympus peak.

Police are urging drivers to drive at low speed, with their headlights on and to keep a safe distance from other cars.

By In Cyprus
Previous articleDeath toll from Philippine landslides, floods climbs to 85
Next articleFour minors arrested in connection with car theft, arson and stoning officers on New Year’s eve