Smaller parties may back main opposition candidate in Istanbul re-run 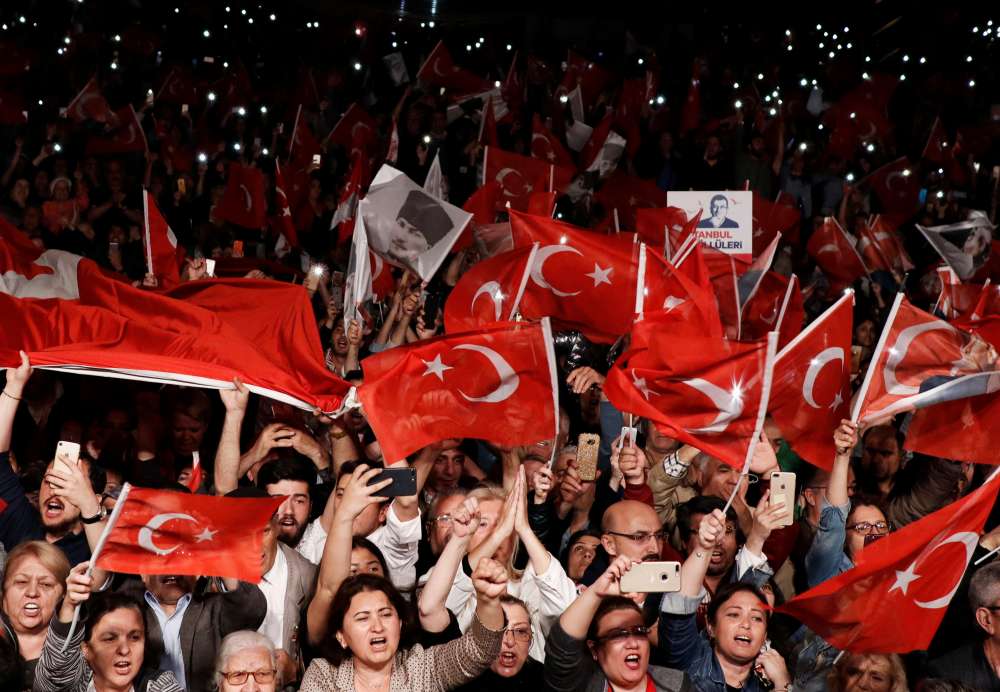 Several small Turkish parties have signalled they could back the main opposition candidate for mayor of Istanbul in an election re-run, in protest at electoral authorities’ decision to cancel March’s closely fought municipal election.

Ekrem Imamoglu, the Republican People’s Party (CHP) candidate, was declared Istanbul mayor in mid-April after weeks of wrangling over the result and a partial recount.

But President Tayyip Erdogan and his Justice and Development Party (AKP) repeatedly called for the Istanbul election to be cancelled, alleging widespread irregularities.

Imamoglu beat the AKP’s Binali Yildirim, a former prime minister, by about 13,000 votes in a city of 10 million eligible voters; Erdogan had declared that, with such a small margin, “no one has the right to say they won”.

The High Election Board ruled on Monday that the mayoral contest must be rerun on June 23, sending the Turkish lira tumbling against the dollar as investors fretted about political uncertainty and business leaders criticised the move.

The Islamist Saadet, or Felicity Party, whose candidate Necdet Gokcinar attracted more than 100,000 votes, held an emergency meeting on Tuesday.

“I am ready to withdraw in favour of Imamoglu, I will be waiting for the decision of my party,” Gokcinar told the television channel TV5.

The Democratic Left Party (DSP), which won more than 30,000 votes, tweeted that it would “do what is necessary” in the face of “illegalities” by the High Election Board (YSK).

Imamoglu’s victory marked the first time that the AKP or its Islamist predecessors had failed to hold Istanbul, Turkey’s largest city and its commercial hub.

Erdogan himself had served as the city’s mayor in the 1990s and he had campaigned hard ahead of the local vote in March, his first electoral test since last year’s currency crisis tipped the Turkish economy into recession.