Small quakes felt in Larnaca, Paphos within a few hours 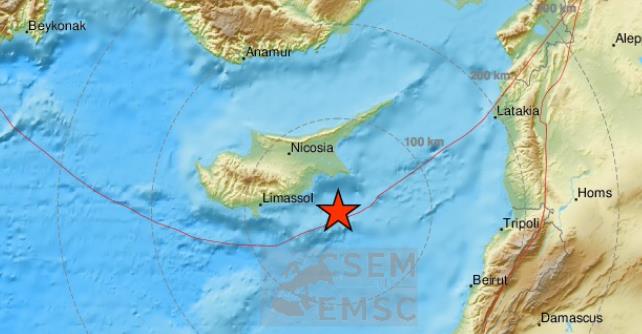 A small quake was felt in Larnaca a little before 5 pm on Wednesday afternoon, the second small quake felt on the island within a few hours.

Reports said it was felt in the town of Larnaca and parts of Limassol it added.

A small quake was also felt in parts of Paphos at 13.58 on Wednesday.

Philenews’ Paphos correspondent said residents in the town’s coastal areas had reported feeling a weak quake on their social media pages. CNA said the quake was felt by residents of high buildings.

In a tweet, the Cyprus Seismological Centre reported a 3.2 magnitude quake, 22 km west of Paphos.