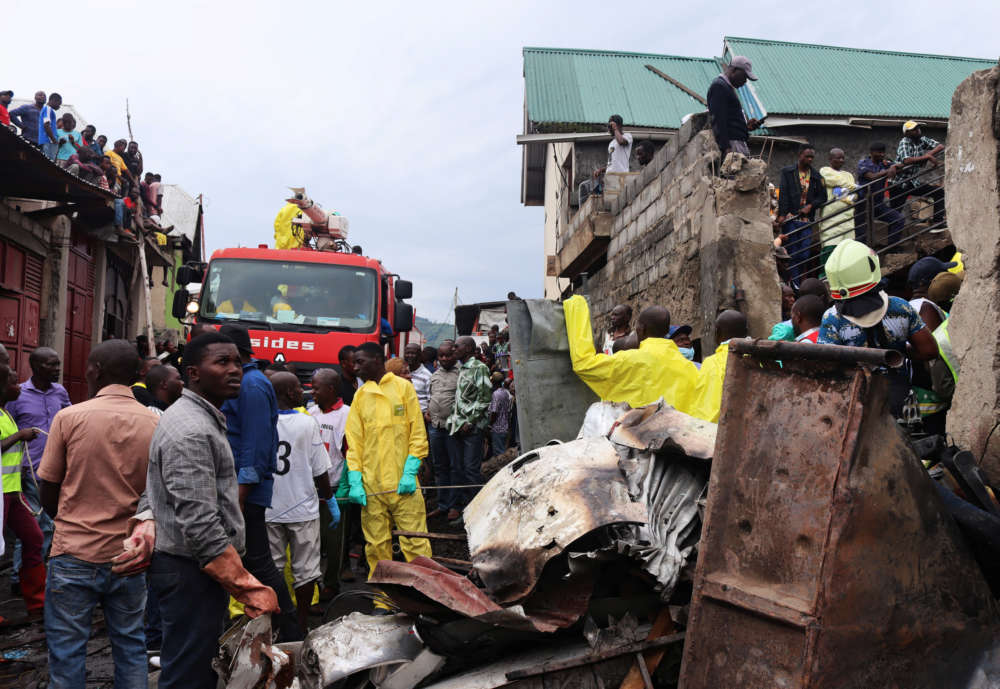 At least 24 people were killed, including some on the ground, when a small plane crashed into a densely populated neighbourhood in the city of Goma in eastern Democratic Republic of Congo on Sunday, a local lawmaker and a rescue worker said.

The aircraft, which was operated by local company Busy Bee, crashed shortly after take-off en route to the city of Beni, about 250 km (155 miles) to the north, North Kivu Governor Carly Nzanzu Kasivita’s office said in a statement.

The company said the 19-seater Dornier 228-200 had 16 passengers and two crew members on board.

There was no word yet on what might have caused the accident.

At the crash site in Goma’s Mapendo neighbourhood, residents threw water from buckets and cooking pots onto the smouldering wreckage. The rear section of the plane rested sideways, propped up by a wall, videos posted on social media showed.

A Reuters witness at the scene said two people – one who was on board the plane and a child in a building hit by the wreckage – were rescued before the plane exploded into flames after crashing.

Police arrested one man for stealing cash from the rubble and fired warning shots to disperse people who had started looting, he said.

Air accidents are relatively frequent in Congo because of lax safety standards and poor maintenance. All Congolese commercial carriers, including Busy Bee, are banned from operating in the European Union.

A cargo plane departing from the same airport and carrying staff members of President Felix Tshisekedi crashed an hour after take-off last month, killing all eight people on board.