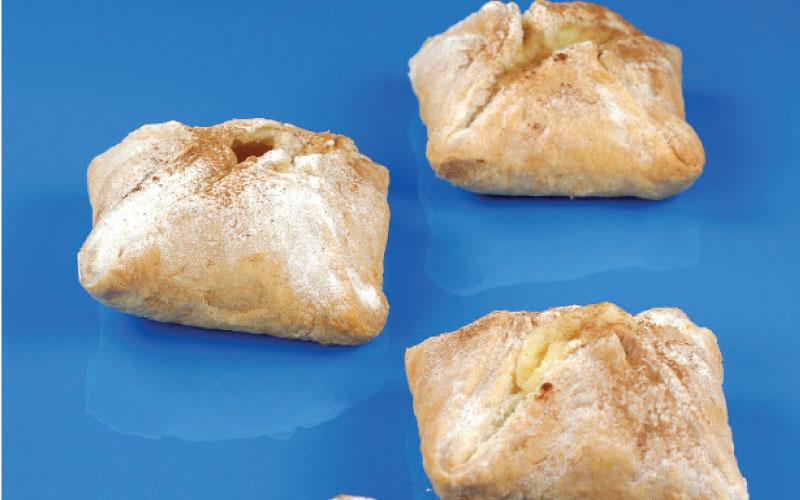 Peel the apples, remove their cores and cut them into thin slices. Sprinkle them with lemon juice so that they do not go brown. Put the apples into a small saucepan with the sugar, cinnamon stick and orange peel and stir with a wooden spoon over a very low flame until the mix begins to resemble a mash but with small pieces of apple still visible.
Allow the mixture to cool and then remove the orange peel and cinnamon.
Pre-heat the oven to 180°C. Cut the pastry sheet into 8 small squares with each size measuring 12cm (depending on the size of the pastry sheet).
Spoon the mixture into their centre. Then, add the crème patisserie and fold over the 4 corners of the pastry squares bringing them to the centre. Squeeze the pastry where it joins to prevent the mixture from spilling over during baking.
Brush the surface of the apple pies with the egg and bake in the oven for 15-20 minutes, until they begin to brown.
Remove them from the oven and serve sprinkled with the icing sugar and cinnamon. Serve with vanilla ice-cream.
Ingredients: