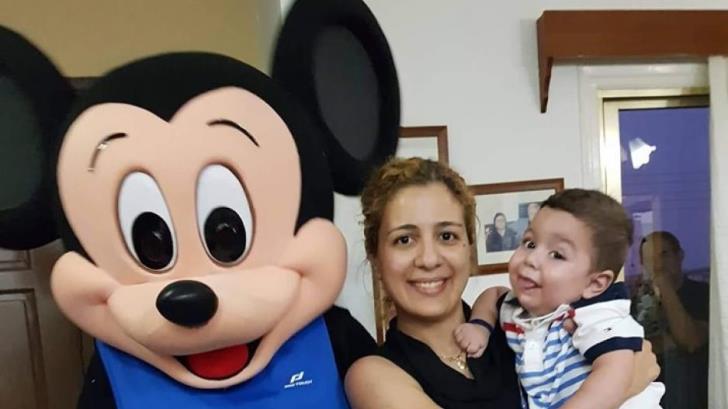 Small Antonis celebrated his second birthday in hospital in Boston on Friday where he has undergone gene therapy treatment for the rare degenerative disease Spinal Muscular Atrophy type 1.

Her voice cracking with emotion, his mother Hara Thoma told Alpha TV earlier today that the family wanted to thank everyone for their support which she described as unprecedented.

She said that Antonis had undergone his treatment and would be monitored over the next two months in hospital by a number of experts before the family returns to Cyprus.

Asked what the doctors have told the parents after the pioneering treatment, Thoma said the doctors were ‘very enthusiastic’ and that Antonis was the second child to have undergone this treatment at the specific hospital.

“We are very optimistic. Antonis is still very young and we would like to believe that we have preempted the development of the disease and will do superbly in the future,” she said.

And she added: “We are not alone. All of Cyprus is with us. We feel it every day.”

By In Cyprus
Previous articleMinistry publishes ‘no deal’ Brexit guide for Britons living in Cyprus
Next articleMainly fine today, possible showers forecast as from tonight