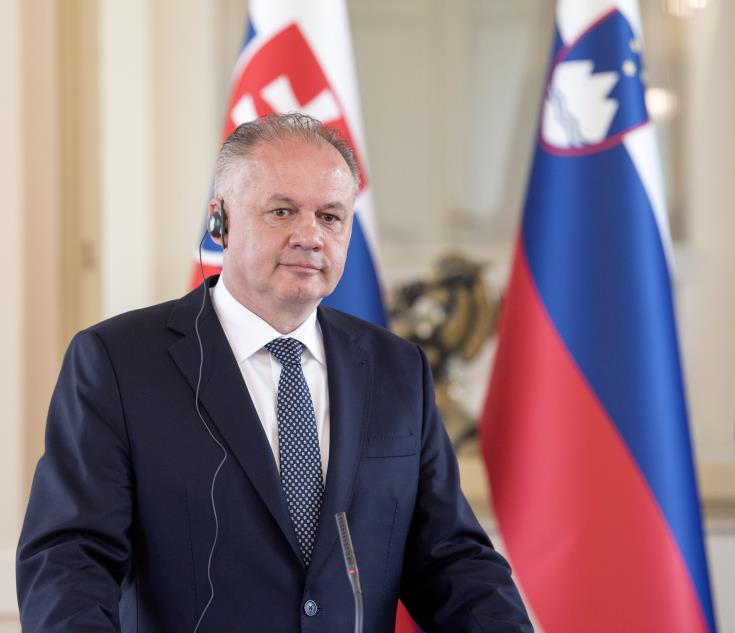 During a meeting they had after Stavrinos presented his credentials recently, the Cypriot Ambassador thanked Kiska about his government`s and his country`s stable and principled position on the Cyprus problem, in favour of a solution which will reunite Cyprus on the basis of UN resolutions and at the same time expressed Cyprus` gratitude for the participation of Slovakia in the UN peacekeeping force in Cyprus, an announcement issued here today by the press and information office says.

On his part, Slovakia`s President, it adds, “assured that the same policy will continue.”

In the meantime, Cyprus` ambassador in Moscow Leonidas Markides also presented his credentials as the new ambassador of Uzbekistan, based in Moscow.

According to an official press release during a meeting Markides had with Uzbekistan`s Foreign Minister Abdulaziz Kamilov he briefed him on recent developments in the Cyprus problem and exchanged vies on the further enhancing bilateral relations, placing an emphasis on stregthening and further developming cooperation in various sectors, including commerce, investments, education and tourism.

Another official announcement issued here today refers to the presentation of the credentials of the new Cypriot Ambassador in Indonesia Martha Mavrommatis before the country`s President Joko Widodo.

During a meeting they had afterwards Mavrommatis referred to the bilateral relations, the multilevel cooperation between EU and Indonesia as well as cooperation in multilateral fora.

She also thanked Widodo on Indonesia`s principled position on a viable and functional settlement of the Cyprus problem, on the basis of UN resolutions.