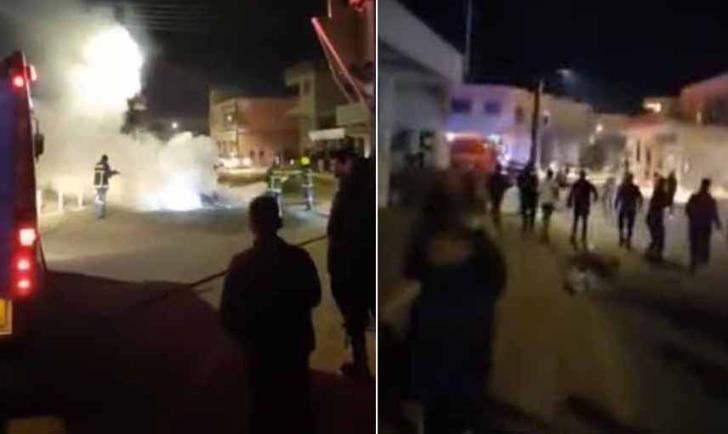 The Police arrested a 23-year-old person as a suspect for the violent incidents that took place early on New Year’s Day in Sotira.

According to the Police, just after midnight on 1 January, approximately 40 people gathered in an area of the district of Famagusta and torched stolen mopeds.

Members of the Fire Service and the Police went to the scene and while trying to put out the fire some of the people there started insulting them and throwing stones at them.

When the fire was put out some people attacked members of the Police and as a result a Policeman fired a warning shot to disperse the crowd.

However, the young people continued throwing items and as a result a policeman was injured.

Another five people have been arrested over the previous days and after being charged in writing were released.

By gavriella
Previous articleBusinesses that will remain open after 10 January
Next articleDistance learning for elementary, gymnasiums and lyceums – Kindergartens to operate normally