Six killed in train accident on bridge in Denmark 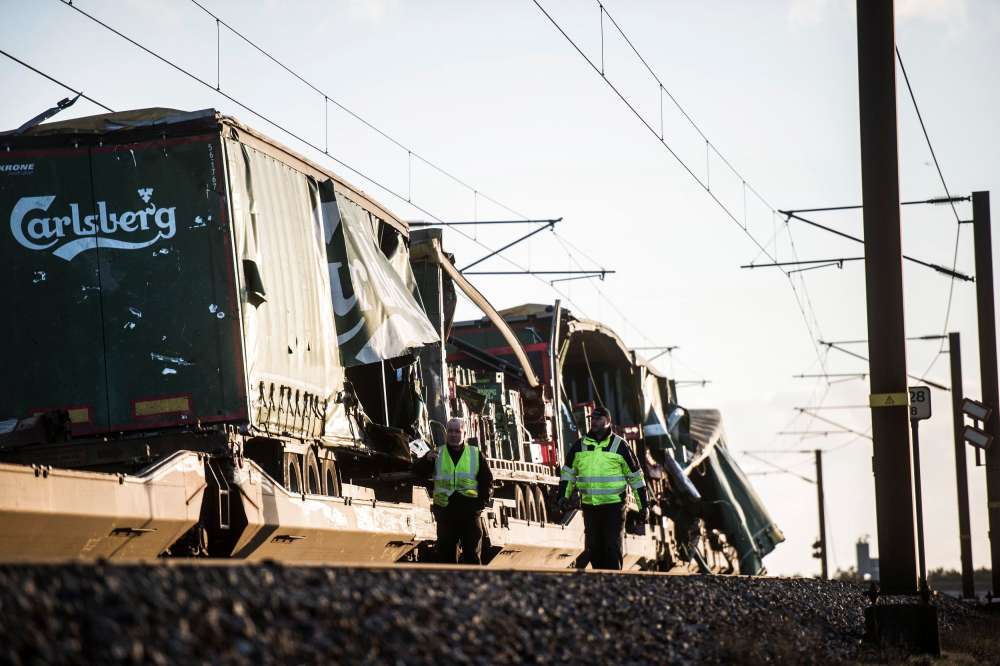 Six people were killed in a train accident on a bridge linking two of Denmark’s main islands on Wednesday, train operator DSB said.

The passenger train was heading towards the capital when it was hit by objects or tarpaulin from a freight train, according to Banedanmark, which is responsible for maintenance and traffic control of the railway network.

A severe storm made it difficult for emergency services to reach the train which had stopped on the Great Belt fixed link between Zealand and Funen, Denmark’s two major islands.

Police told a press conference it could not confirm the death toll or disclose how many people were injured.

An emergency centre was established in the town of Nyborg at the western end of the bridge. Fatal accidents are rare on the country’s highly developed rail network.

The bridge was closed for both trains and vehicles towards the island of Funen, while car traffic towards Zealand had opened again.

The 18-kilometre long bridge across the Great Belt carries around 21,000 train passengers every day and more than 27,000 vehicles crosses the bridge each day.

The bridge is part of infrastructure that links Denmark and Sweden to Germany.

A passenger train collided with a freight train, transporting beer.
First reports that the storm is partly responsible for the collusion. pic.twitter.com/Ktj7brzYQr