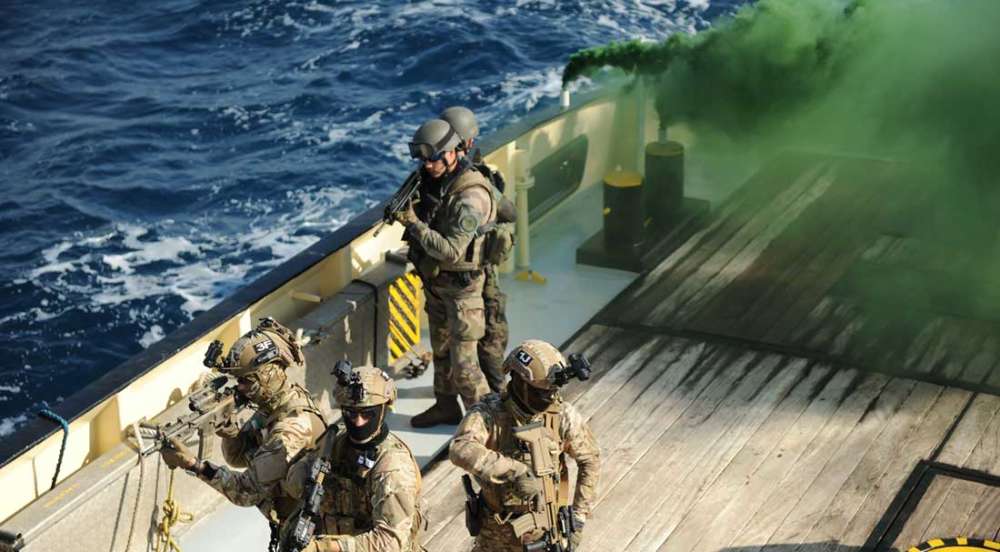 Six countries participated on Wednesday in “Nemesis 2019”, a multinational Search & Rescue exercise, which was held in the exclusive economic zone (EEZ) of the Republic of Cyprus, under the general coordination of the Joint Rescue Coordination Center.

Those taking part in the mock drill were called to address a series of situations, such as a terrorism incident on a drilling rig, ship inspections, rescuing injured personnel, carrying out mass rescue operations after a maritime accident or addressing maritime pollution, an announcement by the Ministry of Defence says.

The drill’s first stage was held under the coordination of the Cyprus Police, the second and third stages were held under JRCC and the fourth stage was coordinated by the Department of Fisheries in cooperation with the Shipping Deputy Ministry.

Speaking in Zenon Coordination Center, in Larnaca, while the exercise was ongoing, Transport Minister Vasiliki Anastasiadou said that Cyprus had a large capacity in addressing dangers in its EEZ, which is essential when carrying out energy-related activities.

The drill provides an opportunity for Cyprus to test and increase this capacity in dealing with non-military threats, in the framework of the country’s energy programme.

Lieutenant Commander Andreas Charalambides, JRCC Commander, said from his part that Nemesis was being held for the 6th time and referred to the need to be prepared when dealing with threats in drilling rigs that are active in the EEZ of the Republic of Cyprus.

He said moreover that hydrocarbon companies were also interested in the drill and in enhancing safety in their offshore facilities. “Apart from our rights, we also have an obligation to provide this kind of services to the companies”, he added.

He said finally that more than 15 government services cooperate in the exercise, along with the personnel from neighboring countries. “We have a common goal together with our neighboring countries and friendly countries who have a stake in the region and in the EEZ of the Republic of Cyprus in particular”, Charalambides concluded.

The Ambassadors of Greece, France, Italy, Israel, military attaches from the US, Italy, France and Egypt, company representatives and officials from 15 government services were among those attending.