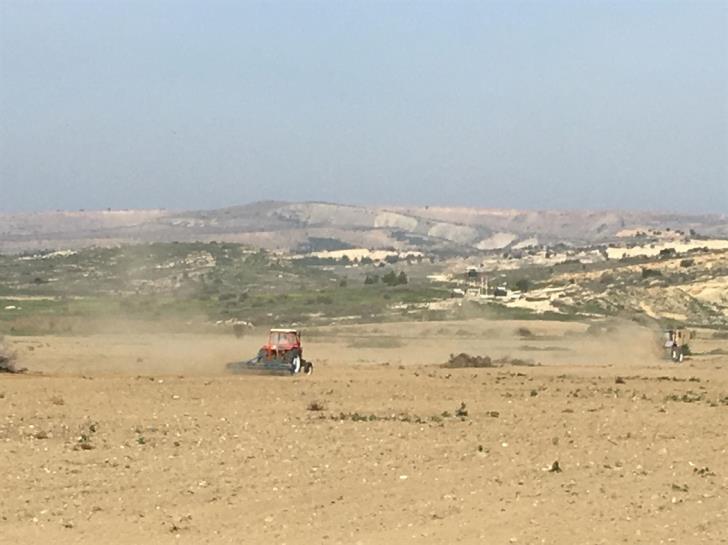 The situation in the village of Denia appears to be quiet on Sunday, according to the local authorities.

Panayiotou noted that Greek Cypriots have been cultivating the land for eight years now and they are receiving funds from the European Union.

He told CNA that on Saturday farmers from the occupied areas of Cyprus, accompanied by Turkish army forces, went to the land to harvest what the Greek Cypriot farmers had been cultivating.

He added that these actions were followed by great mobility from the United Nations peace keeping force in Cyprus.

On Friday UNFICYP Spokesperson Aleem Siddique told CNA that “we are liaising with both sides to address raised tensions in the area.”

“Maintaining the military status quo in the buffer zone remains our most important priority” he concluded.

The government is closely monitoring developments in Denia and is in constant contact with UNFICYP, Government Spokesman Prodromos Prodromou also said on Friday.

The Foreign Ministry has protested to the UN over the new Turkish provocations in the buffer zone, according to a press release issued on Friday.