Situation improves but 10.5% of population still without basics 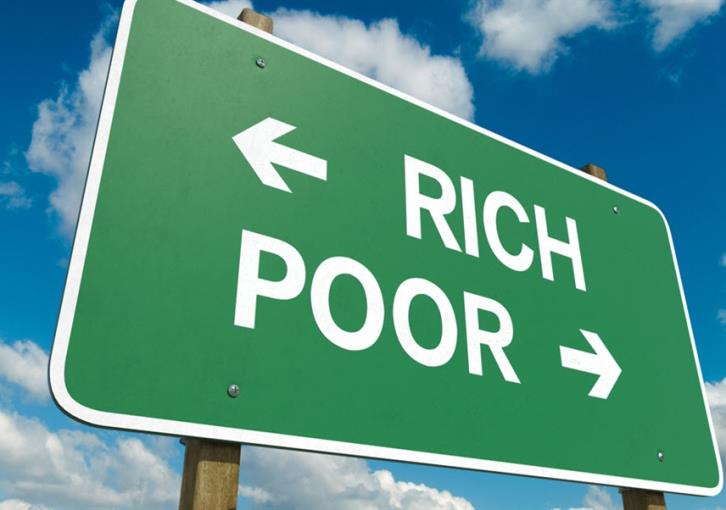 A survey on Income and Living Conditions of Households for 2018 has shown an improvement in the proportion of the population deprived of basics, figures released by the Statistical  Service show.

It said that  the provisional percentage of the population that were severely materially deprived decreased to 10.5% in comparison to 11.5% and 13.6% in 2017 and 2016 respectively

In 2018, the indicator seems to return to the levels that were prevalent before 2010,  preserving its downward trend of the recent years after 2013, where it had reached its peak with a percentage of 16.1%.

Severely materially deprived is the population living in conditions severely  constrained by a lack of resources.

They experience at least four out of nine of the following deprivation items (goods or services), they cannot afford:
* To pay on time their rent or utility bills or loans
* A week’s holiday away from home
* To face unexpected expenses
* To keep their home adequately warm
*  To eat meat, fish or a protein equivalent every second day
*  A car
* A telephone
*  A colour TV
*  A washing machine 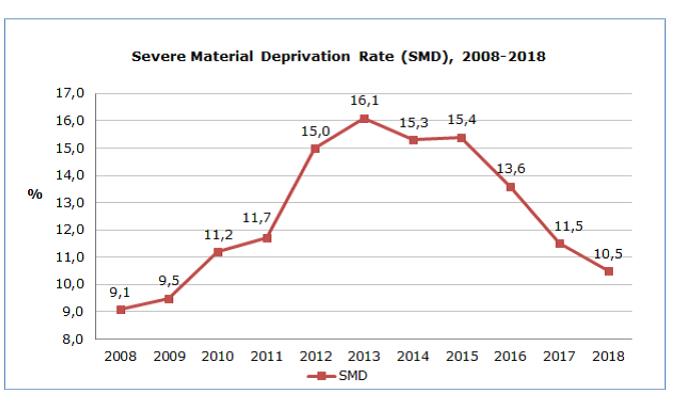