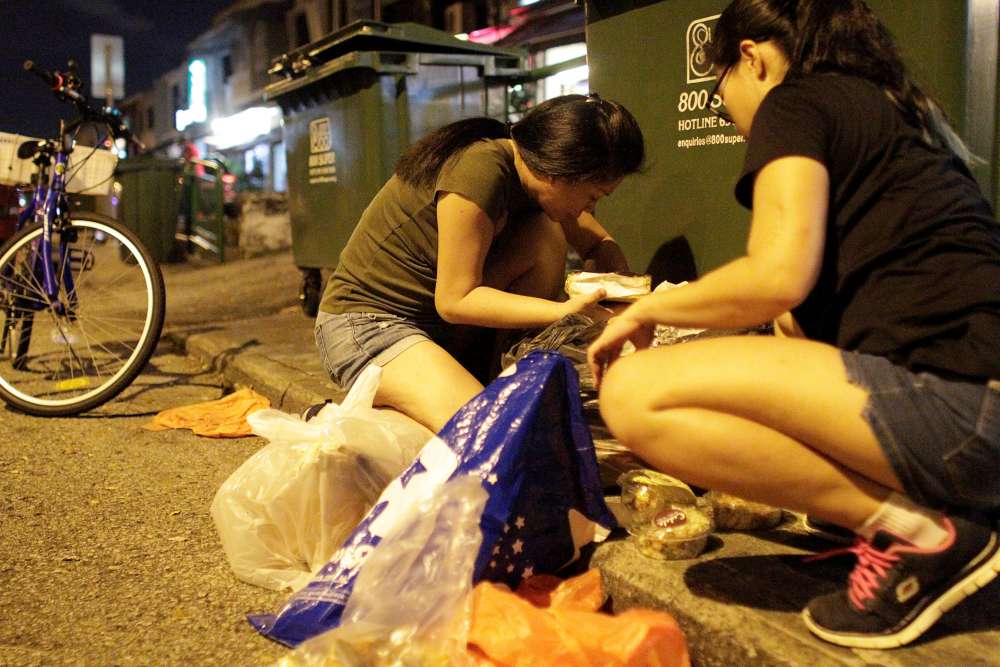 A new movement in Singapore that seeks to reduce the amount of consumer waste in the affluent city-state is scavenging for unwanted goods, some in near-mint condition, that migrant workers can send home for the holidays.

“Freegans”, broadly defined as people committed to cutting wasteful production and consumption, have connected with thousands of foreign labourers from lower-income countries, many of whom cannot afford the products sold in the city’s shiny shopping malls.

In Singapore, the luxurious backdrop for the movie “Crazy Rich Asians”, what passes as trash for one household ends up in a shipping container on its way to the home country of a migrant worker.

“We should give whatever we have in excess to the poor instead of throwing it away,” said Colin Lau, a member of the “Freegan in Singapore” Facebook group whose 6,500 members includes Singaporeans and foreigners.

Some members like Lau search dumpsters and rubbish bins, retrieving discarded items and re-using them or sharing with others in an effort to save money and the environment.

Singapore’s waste is incinerated or shipped to its only landfill on a nearby man-made island. The National Environment Agency (NEA) has estimated that the landfill could reach capacity by 2035, a decade earlier than initially projected.

The freegans often post photos of their discoveries, including barely-worn clothing, jewellery, electronics and luxury goods such as handbags. They also share items with migrant workers at weekly giveaways.

At one such gathering before the year-end holidays, freegans held a lucky draw for discarded luxury items and electronics.

Glendrose Gorriceta, a 45-year-old domestic worker from the Philippines, screamed triumphantly after receiving a Louis Vuitton handbag at her first giveaway.

Other secondhand items in the lucky draw included a Coach handbag and a set of Sony speakers, both in excellent condition.

Virginia Andrade, 52, said this year she was able to send home two television sets, a laptop for her son, and two wheelchairs for her mother and sister who are unable to walk after suffering strokes.

“Since I have started sending things back we don’t have to buy clothes anymore and we use money for food and school fees instead,” Andrade said.

“I’ve told my family that the items they receive are donated and some are from the dumpster. They are so thankful to Colin and his friends,” she added.