Simple celebrations for 25th March due to pandemic (PHOTOS) 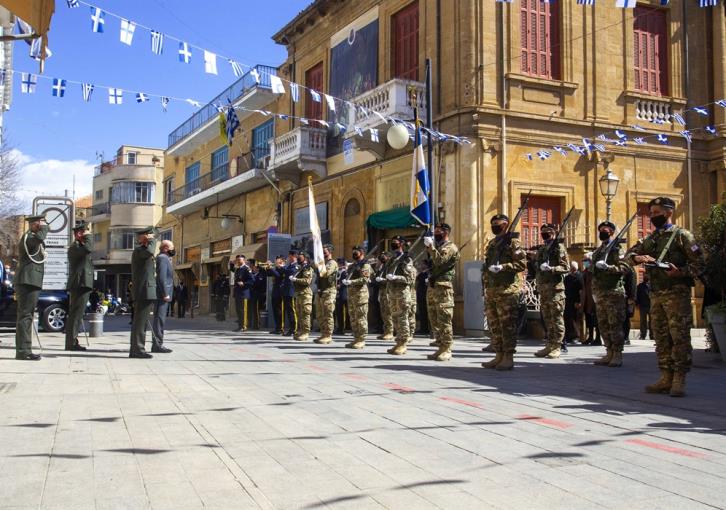 Acting President of the Republic, President of the House of Representatives, Mr Adamos Adamou, attended this morning the Church service for the 25th March 1821 national anniversary at Panagia Faneromeni Church, in Nicosia. In his speech Greek Ambassador to Cyprus Theocharis Lalakos said that the Greek Revolution was successful despite the huge difficulties, thanks to an ongoing struggle and the effort of our ancestors who had national interest above everything else. Lalakos also said that several Cypriot fighters of 1821 shed their blood in Morias or Roumeli for the freedom of Greece, continuing a tradition of historic solidarity between Greeks and Cypriots.