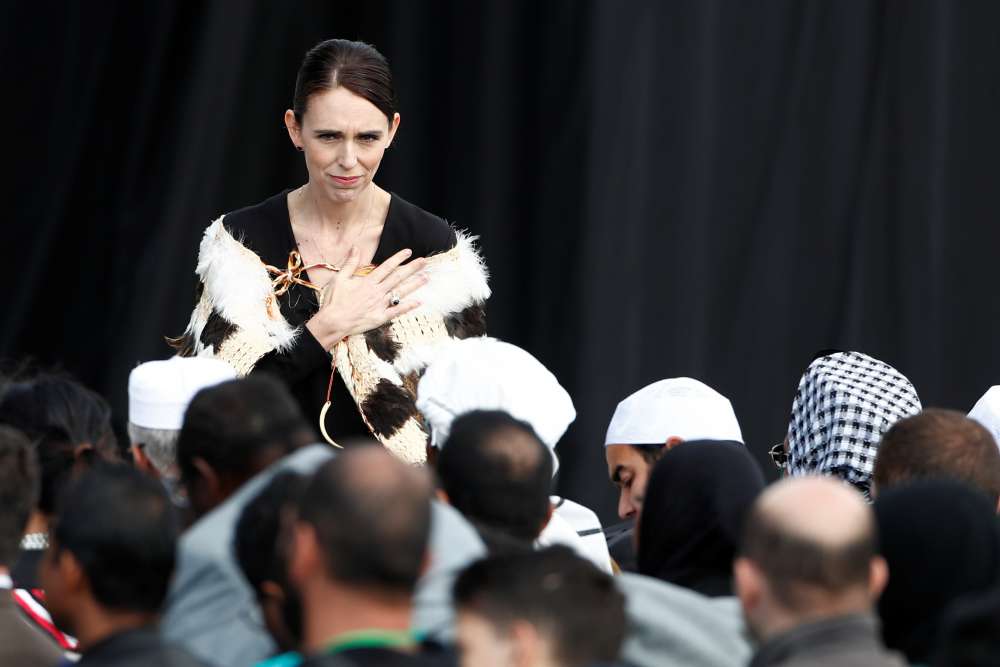 Thousands stood in silence in a Christchurch park on Friday as the names of 50 people shot dead in two mosques were read out at a national memorial service, with speakers calling for the legacy of the tragedy to be a kinder, more tolerant New Zealand.

Dozens of representatives of governments from around the world joined New Zealand Prime Minister Jacinda Ardern at the remembrance service in Hagley Park, near the Al Noor mosque where more than 40 of the victims were killed by a suspected white supremacist during Friday prayers on March 15.

“Our challenge now is to make the very best of a daily reality. Because we are not immune to the viruses of hate, of fear, of other. We never have been,” said Ardern, whose handling of the tragedy has won global praise.

“But we can be the nation that discovers the cure. And so to each of us as we go from here, we have work to do,” she said.

Ardern, who wore a Maori cloak known as a kakahu during the service, said the world had to end the vicious cycle of extremism and that it needed a global effort.

“The answer to them lies in a simple concept that is not bound by domestic borders, that isn’t based on ethnicity, power-base or even forms of governance. The answer lies in our humanity,” she said.

Security was tight around the service and New Zealand remains on high security alert. Police Commissioner Mike Bush said it was one of the largest security events ever conducted by police in New Zealand.

Farid Ahmed, whose wife Husna was one of the 50 killed, told the crowd that, as a man of faith, he had forgiven his wife’s killer because he did not want to have “a heart that is boiling like a volcano”.

“I want a heart that will be full of love and care and full of mercy and will forgive easily, because this heart doesn’t want any more lives to be lost,” he said to applause.

He called for people to work together for peace and to change attitudes to see everyone as part of one family, using Christchurch’s nickname of the Garden City to make his point.

“I loved what he said: we’re all different flowers, but we all look pretty together and that’s so true,” she said.

Two young girls briefly took to the stage in an unscheduled appearance so one could read out her father’s name.

“He passed away on March 15 and he was a really nice man,” one of the unidentified girls said.

Mohamed Mohideen, the President of the Islamic Council of Victoria in Australia, said Ardern’s response helped provide comfort and thanked her for her support of the Muslim community.

The massacre in Christchurch was carried out by a lone gunman who live streamed the attack on Facebook. Australian Brenton Tarrant, 28, a suspected white supremacist, has been charged with one count of murder and is likely to face more charges when he reappears in court next Friday.

Australian Prime Minister Scott Morrison said he has been working closely with Ardern to look at issues such as gun laws and blocking extremist content on social media.

“There are the laws we need now, to ensure that social media is not weaponised,” Morrison told reporters after the service.

The service was broadcast around the country. Muslim volunteers, some of whom had travelled from Australia and Asia, handed out pamphlets with information about Islam as crowds left the park after the service.