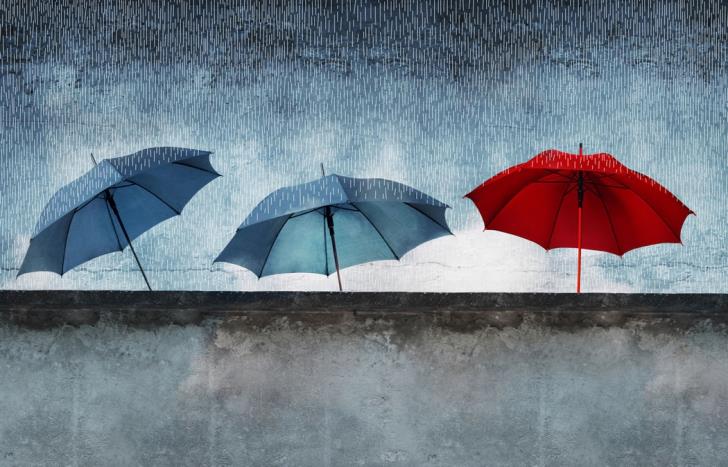 A low pressure system is beginning to affect Cyprus while the dust in atmosphere will clear by the afternoon.

Today will become gradually mainly cloudy and local showers and isolated thunderstorms are expected, initially in the west and northwest and later possibly in other areas. Thunderstorms may be accompanied by hail. Snow or sleet is possible in the higher mountain peaks.

Temperatures will be 17 C inland, around 18 C on the coasts and 8 C in the mountains.

Tonight will remain cloudy at intervals and scattered showers are forecast, with the possibility of isolated thunderstorms,  mainly in the west and northwest.

Temperatures will fall to 8 C inland, around 12 C on the coasts and 4 C in the mountains.

Wednesday and Thursday will be partly cloudy and at intervals mainly cloudy with isolated showers and/or thunderstorms.  Snow is expected in the higher mountain peaks on Wednesday while on Thursday there may be snowfall at lower altitude hilly areas.

Friday will be mainly fine with increased cloud at intervals. Temperatures will rise to close to average for the time of year.

At the time of issue of the early morning weather bulletin there was 53 cm of snow on Troodos Square.

By In Cyprus
Previous articleWorld Court: UK should relinquish control of Chagos Islands “as soon as possible”
Next article24 year old hospitalised after assault; two arrests