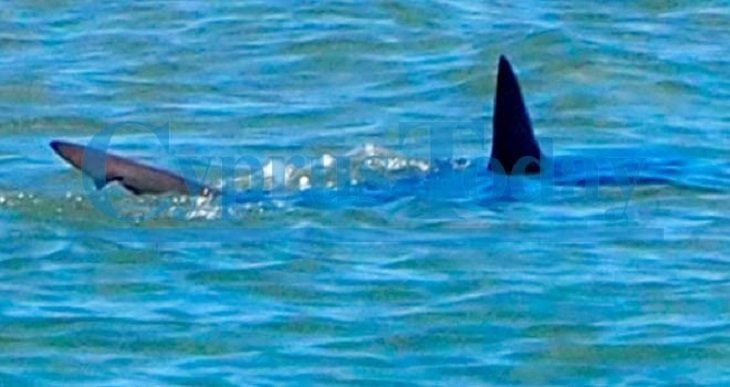 A shark has been spotted near the coast of Ayia Eirini near Morphou Bay, the Turkish Cypriot site Cyprus Today reported on Wednesday.

The sandbar shark was spotted by Dennis Ekins, who took a picture of the animal, before it headed back out to sea, and told the website he felt “very lucky” to have seen it.

Experts told Cyprus Today that it is normal for sharks to be seen in shallow waters in Cyprus at this time of year and assured bathers they were harmless as they are “here to breed not to feed”.

Biologist and marine researcher Robin Snape told Cyprus Today that there is no need for alarm, as there are no recorded incidents of shark attacks in Cyprus.

“We have a bunch of fishermen who are self-monitoring while fishing and let us know about the sightings of sharks alongside turtles and ray species,” he said.