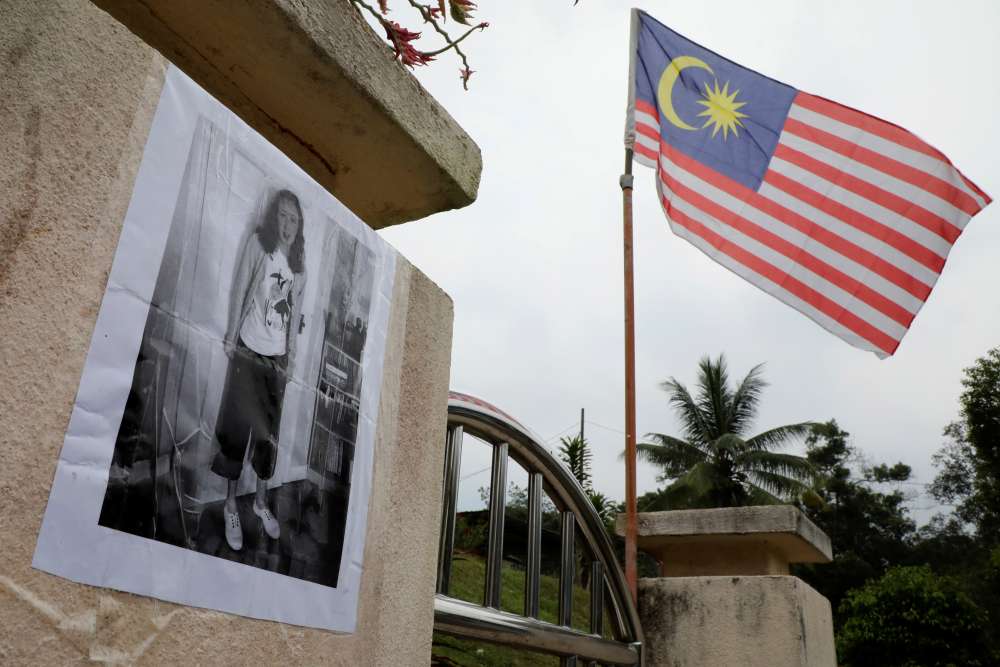 Shamans and European police joined the search for an Irish teenager who went missing from a Malaysian resort and her family on Monday offered a $12,000 reward for information leading to her rescue.

Nora Anne Quoirin, 15 and with learning disabilities, was reported missing on Aug. 4 after her family arrived at the Dusun resort in Seremban, about 70 km (44 miles) south of Malaysia’s capital Kuala Lumpur.

Meabh Quoirin made an emotional appeal for help in finding her daughter.

“She has been vulnerable since the day she was born. She is so precious to us and our hearts are breaking,” the mother said in a recorded statement. “We are appealing to anyone, anyone who has any information to find Nora”.

The 50,000 ringgit ($11,953) reward announced on Monday was donated by an anonymous Belfast-based business, according to a statement issued through the Lucie Blackman Trust, which is working with the family.

Some 300 Malaysian searchers aided by drones and sniffer dogs are scouring the forest area near the resort, playing recordings of Nora’s mother calling out to her.

Two shaman, or medicine men, joined the search on Monday. Sitting cross-legged on the forest floor, they covered their eyes, cried out and prayed.

“She is here now, so we will stay here tonight to see if we can find her then we can know why she went missing,” said shaman Mohd Khalid Mohamed.

A group of hikers also volunteered to comb the forests.

“(We are) quite familiar with all the routes and trails, so we try to help as much as possible to find the girl,” said hiker Sherley Yap.

British, Irish and French police are in Malaysia to assist with the search, said state deputy police chief Che Zakaria Othman, declining to comment on their role in the investigation.

On the weekend, authorities worried about how long the teenager can survive and believed she could not have gone far from the resort.

By In Cyprus
Previous articleClear up of old tyres completed
Next articleSixth yellow alert with temperatures stuck at 41 C inland, slight drop expected on Wednesday