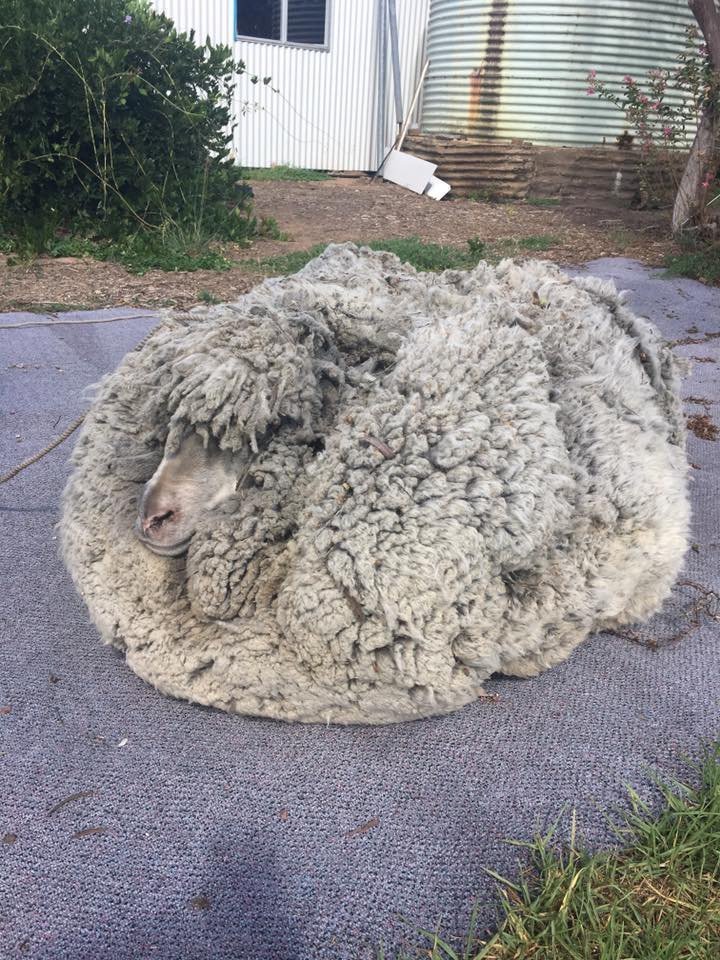 A sheep in eastern Australia is leaping about more lightly after being sheared of its massively overgrown fleece.

In a social media post that has gone viral, farmer Graeme Bowden shared pictures of the sheep he dubbed “shriek 2”. He said a friend found the sheep with several years of growth, which he sheared to produce 30 kg (66 pounds) of wool – more than six times greater than the average fleece.

“He cut 30 kilograms of wool, which was 13 inches long”, Bowden said in his Facebook post, adding that the fleece was unbelievably clean.

“Anyway he’s light footed now, would be nice at the moment with the price of wool to have about 2,000 of them, gee I’d be able to buy some hay,” Bowden finished his post by saying.

Australian wool prices have been running at record highs this year.

Bowden is a farmer in Coonabarabran, a town in New South Wales state, about 450 km  northwest of Sydney, local media said.