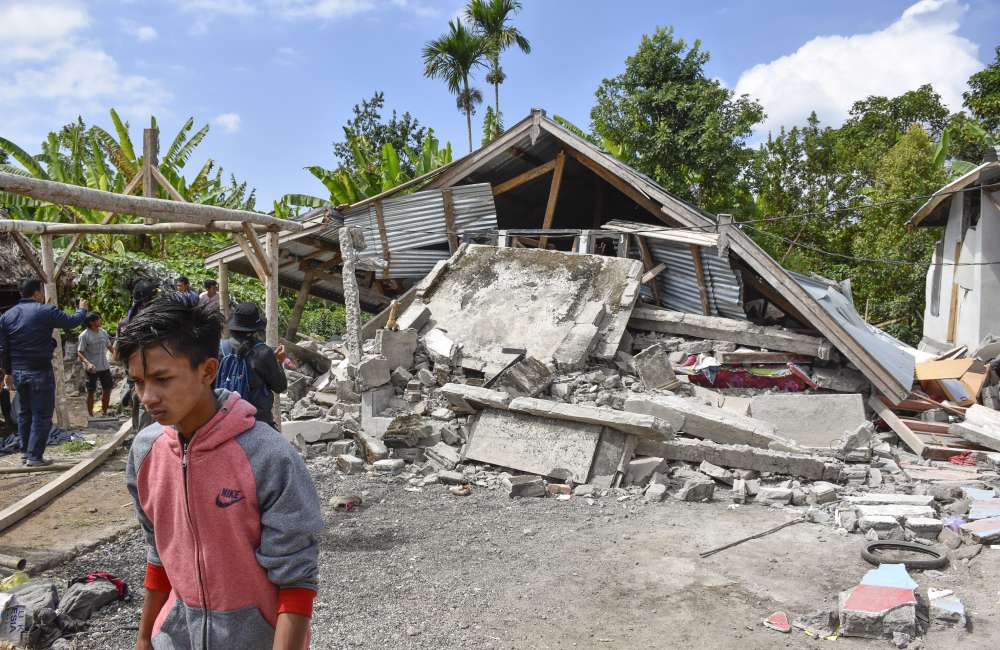 Sutopo Purwo Nugroho, the disaster mitigation agency spokesman, said on Twitter late on Sunday that out of 820 people on the slopes of the volcano when the quake struck, 246 had been successfully evacuated.

He said 617 of those trekking at the time were foreigners.

Two trails were impassable following the earthquake, he said.

News portal Detik said two helicopters had been deployed to take the trekkers off the mountain and distribute food.

“The latest information from the team in the field is that today all the families stuck on Mount Rinjani will be evacuated via the Sembalun trail,” said Asdiyanto, an official at the North Lombok Disaster Mitigation Agency.

“This is being handled by the management team from Mount Rinjani National Park,” said Asdiyanto who, like many Indonesians, uses one name.

It was centred 50 km (31 miles) northeast of the city of Mataram, according to the U.S. Geological Survey, but it was also felt strongly to the west on the neighbouring island of Bali, Indonesia’s top tourist destination.

Earthquakes are common in Indonesia, which is located on the seismically active “Ring of Fire” on the rim of the Pacific Ocean.

By In Cyprus
Previous articleDeath toll from Greece’s fire rises to 91, 25 missing
Next articleVissi, Remos to join fund raising concert for Greece’s victims