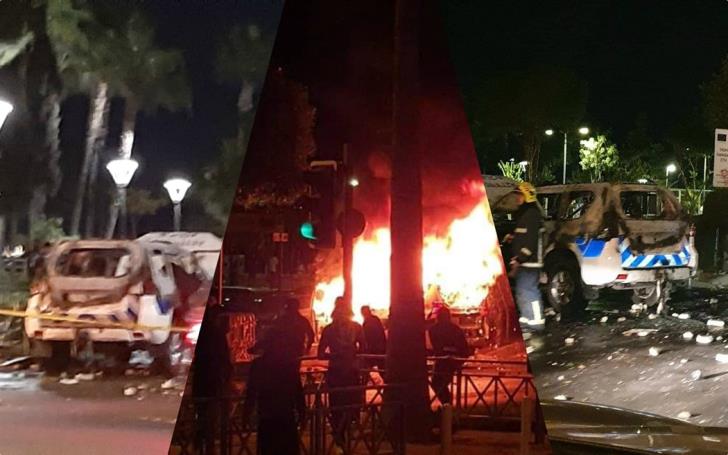 The Limassol police arrested seven persons for last night’s incidents, during which five policemen were injured, including one member of the Fire Service.

Moreover, fire was caused after a Molotov cocktail was thrown against a police vehicle while private and police vehicles were damaged due to the fact that the protesters were throwing various objects at them.

The incidents took place around 7 p.m. at a point of the coastal road of 28th October. A protest march by a number of citizens was taking place in the area.

When the march moved toward the Limassol Marina, around 100 people left the protest. They started throwing Molotov, crackers and flares along the 28th October Street, as well as in other streets of the area so the Police’s anti-riot units intervened.

During the incidents four policemen and one fireman were injured and taken to hospital where they were treated and discharged.

Members of the Limassol CID arrested six persons based on a court warrant due to evidence against them. Another young man, aged 15, was also arrested both for the incidents but also for possessing drugs.

The Limassol CID continues the investigation.