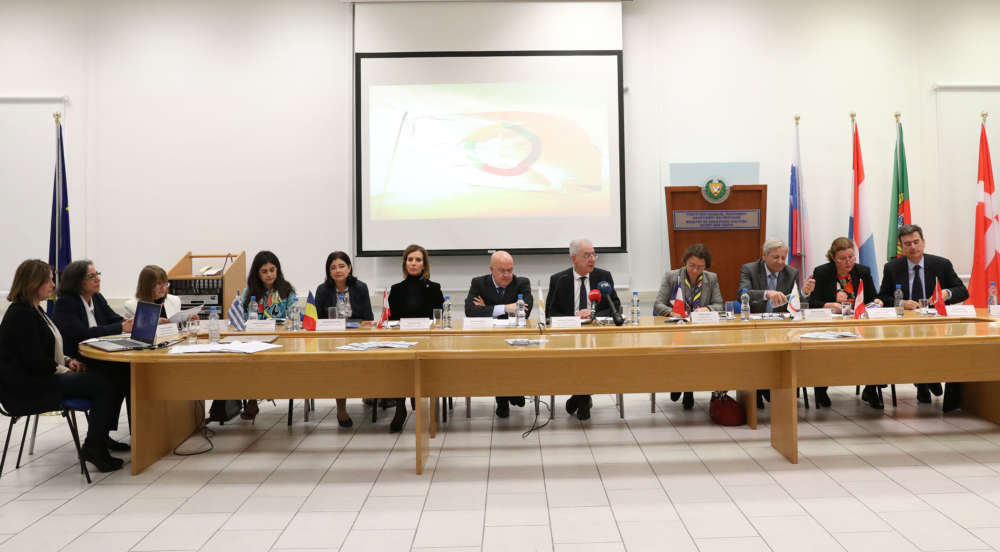 Cyprus will mark Francophonie month from March 3 with a rich programme that will include films, dance, lectures and exhibitions.

Details were given on Tuesday at a press conference attended by Education Minister Prodromos Prodromou, the ambassadors of France, Switzerland, Austria, Romania, Lebanon ,representatives of the Greek and Canadian embassies as well as the representative of the President of the Republic at the permanent Council of Francophonie.

The events are being organised by the French Embassy and the Institut Francais in Cyprus in cooperation with the Education Ministry and embassies and consulates of member states of the Fracophonie as well as cultural and educational bodies here.

They start on March 3 with an exhibition of comics at the Institut Francais and will continue all month. The programme inclues lectures, discussions, dance, music, exhibitions, a film and short film festival and food tasting.

The film festival will launch with Simon Farmakas’  Cypriot film Sunrise in Kimmeria on March 4 and will also features films from France, Switzerland, Lebanon, Romania and Austria.

The Education Ministry’s participation includes the staging of Le Petit Prince as a play in the Cypriot dialect.

Also planned on March 20 is the Grande Flashmob de la Francophonie with pupils from Cyprus and another 22 member states of the Francophonie.

The full programme is available on the website of the Education Ministry.  (http://enimerosi.moec.gov.cy/ypp10463).