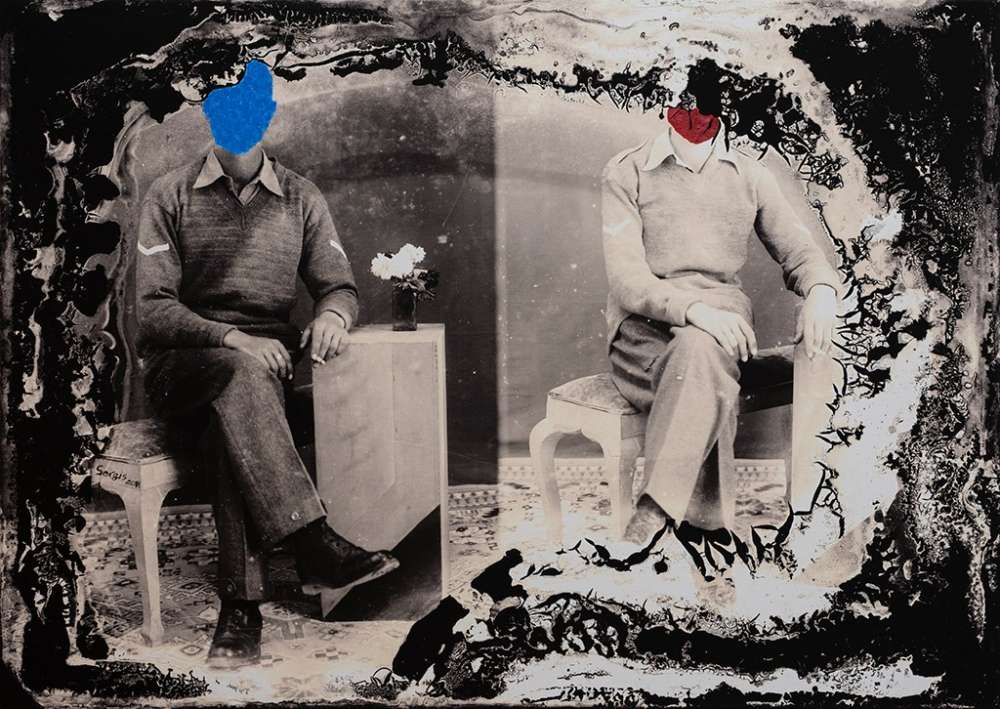 The topic of the exhibition, namely the alteration of objects due to physical deterioration and the metamorphosis of the humans. This very exhibition is a manifestation of intervention. It starts from the glass plate negatives that belonged to Spyros Haritou, the photographer of Paphos (1901-1990), then carries on via these glass plates and in fact ends with them – but in the meantime they have been modified in order to take on a larger meaning than the glass plates Sergis found in the basement of Haritou.

Spyros Haritou was born in Kissonerga in 1901 and, as you all know, had for decades been the photographer of Paphos, tracing faces, families, groups of friends and landscapes onto glass with Balzac-esque indulgence. Sergis set out to use Haritou’s archive in order to bring out an album of unpub- lished photographs, an exhibition of daily life in Paphos – akin to what he had done with the 1974 bomb-wrecked port of Paphos. But then, there in the basement, something wondrous occurred. In his own words: “Time had left its own signature upon the glass plate. Humidity in the room had fused into the plates, crafting its own imaginary worlds”. The “natural, random fusion of the plates” brought to the surface a disfigurement of reality.

The artist’s interest was intrigued by the random transfiguration of the objects, namely the glass plates, but also the random albeit definitive metamorphosis of the people pictured on them along with the vagueness of their identity. And so he changed course: instead of creating a photographic album, he set up this exhibition. In this respect, the contribution of Sergis Hadjiadamos consists of the tribute he paid to wear and tear as a sort of otherworldly design and an attempt at tracing the ever-evasive temporal dimension. He has honoured the absurd mirroring of the figures without really caring about what stands out and what lies behind, enchanted with the internal vibrations of the random that blends the truth with lying.

By In Cyprus
Previous articleUkrainian airliner crashes after take-off in Iran, killing all 176 aboard
Next articleKalavasos: Car recovered, 20 homes without power (videos)