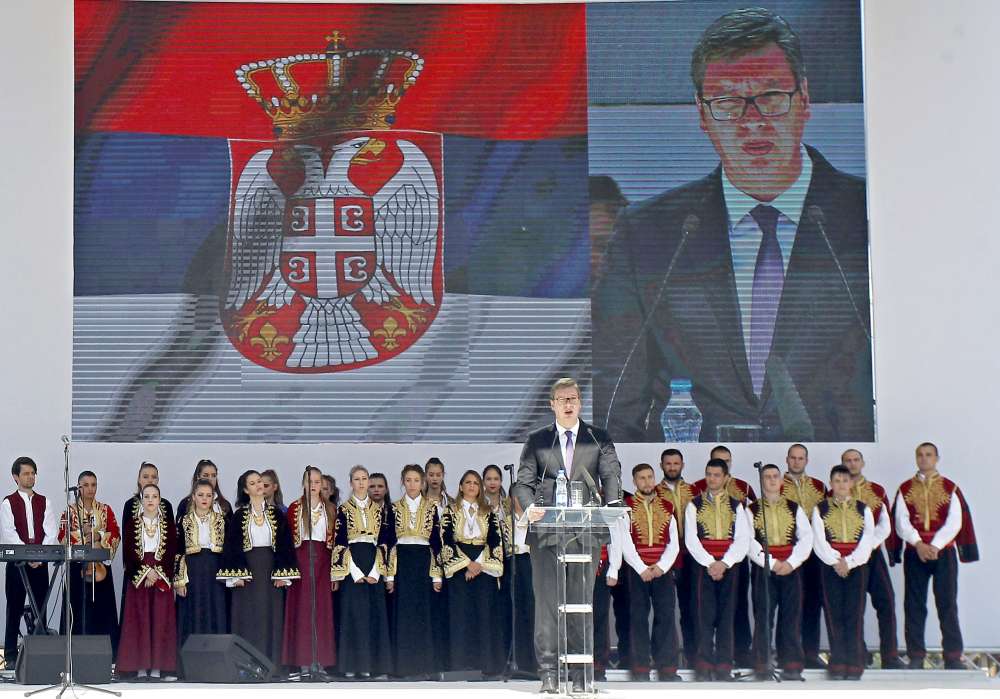 Serbian President Aleksandar Vucic said on Sunday he remains committed to reaching a compromise with Kosovo officials that would open the way for both countries to move towards membership of the European Union.

Vucic and Kosovo‘s President Hashim Thaci abruptly called off a face-to-face meeting in Brussels on Friday, where the two sides were expected to discuss a land swap plan for the first time.

Thousands of Serbs living in Kosovo gathered in the Serbian-controlled northern part of the divided town of Mitrovica to hear Vucic speaking on Sunday.

“We want to be part of European Union, (Kosovo) Albanians are looking for a visa-free travel regime with the EU and to get that we need to live together, we need to live next to each other,” Vucic told the crowd, who were waving Serbian flags.

Kosovo, which has a population of 1.8 million and is mainly ethnic Albanian, declared independence from Belgrade in 2008, almost a decade after NATO air strikes ousted Serbian forces and halted a crackdown on ethnic Albanians in a counter-insurgency.

It is now recognised by more than 100 nations but not by Serbia, Russia and five EU states.

Serbia and Kosovo in 2013 committed to an EU-sponsored dialogue in Brussels to reach agreement on all unresolved issues that would eventually include mutual recognition.

“We do not have a draft solution yet, we are not even near it, but for the first time we know that we need to talk and arrange our relations,” Vucic said.

Earlier in the day Vucic cancelled a visit to the Serbian village of Banje in Kosovo after some 200Kosovo war veterans blocked the road leading to it, burning tyres and wood.

“Vucic should apologise for crimes committed and massacres all over Kosovo,” said one banner on the road to Banje, which was blocked by cars and a truck.

“Vucic will not pass,” another read.