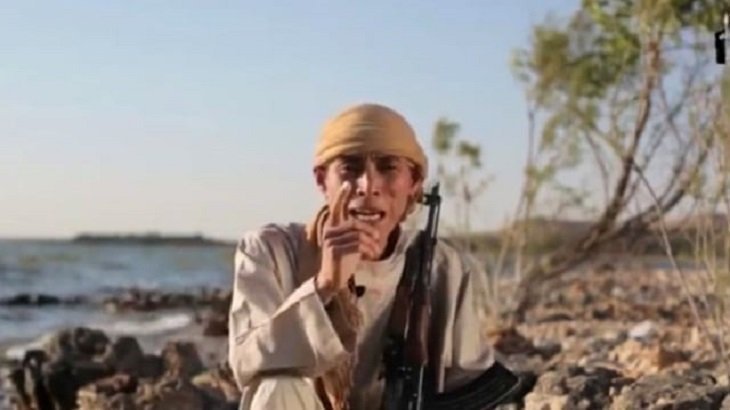 An Indonesian militant who appeared on an Islamic State propaganda video showing the execution of a hostage and was said to be close to the militant group’s leader was killed in Syria last month, an Indonesian police spokesman and his brother said.

Muhammad Saifuddin, who was known by various aliases, including Abu Walid, was killed by shrapnel from a tank shell in late January in eastern Deir ez-Zor province, national police spokesman Dedi Prasetyo said in a text message.

Prasetyo described him as an IS “executioner and soldier”.

Muinudinillah Basri, Saifuddin’s brother, said by telephone he had learned of his brother’s death after receiving a photo of his body.

He had not seen his brother since he left for Syria with his wife and children, he said.

The U.S. government had placed Saifuddin, alongside two militants from Malaysia and the Philippines, on a special global counter-terrorism list last August.

According to the U.S. Department of Treasury’s website, Saifuddin, also known as Mohammed Karim Yusop Faiz, had gone to Syria to join IS in 2014 and taken part in the execution of a prisoner in June 2016. He had previously been imprisoned in the Philippines for nine years on charges of illegal possession of explosives and weapons, it said.

Sofyan Tsauri, a former Indonesian militant, said Saifuddin was “an important figure” in IS who represented its Southeast Asian contingent and had been close to the group’s leader Abu Bakr al-Baghdadi.

Last weekend, the U.S.-backed Syrian Democratic Forces (SDF) began an assault seeking to wipe out the last remnants of the jihadist group’s “caliphate” in the SDF’s area of operations in eastern and northern Syria. The enclave is close to the Iraqi border and comprises two villages. IS still retains territory in the part of Syria that is mostly under the control of the Russian- and Iranian-backed Syrian government.