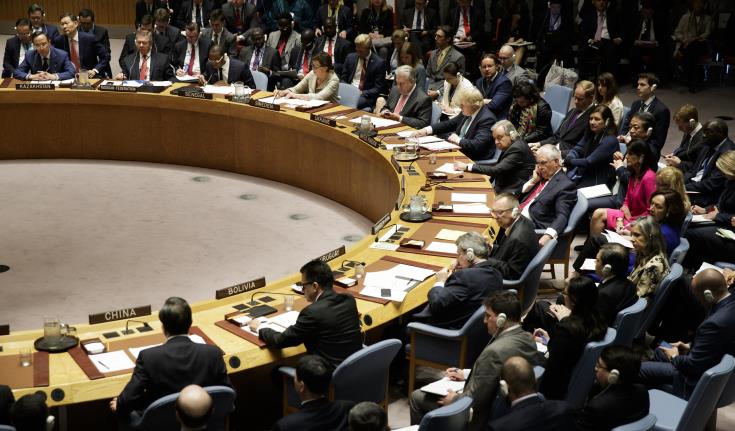 The UN Security Council approved on Friday during an open session a Presidential Statement condemning the announcements “by Turkish and Turkish Cypriot leaders” regarding Varosha, the fenced off part of Famagusta.

The full text of the statement reads:

“The Security-Council reaffirms the statement of its President of 9 October 2020 (S/PRST/2020/9) on Varosha.

The Security Council condemns the announcement in Cyprus by Turkish and Turkish Cypriot leaders on 20 July 2021 on the further reopening of a part of the fenced-off area of Varosha. The Security Council expresses its deep regret regarding these unilateral actions that run contrary to its previous resolutions and statements.

The Security Council calls for the immediate reversal of this course of action and the reversal of all steps taken on Varosha since October 2020. The Security Council underscores the need to avoid any further unilateral actions not in accordance with its resolutions and that could raise tensions on the island and could harm prospects for a settlement.

The Security Council stresses the importance of full respect and implementation of its resolutions, including the transfer of Varosha to UN administration, and of respect for UNF1CYP’s freedom of movement.

The Security Council reaffirms its commitment to an enduring, comprehensive and just settlement in accordance with the wishes of the Cypriot people, and based on a bicommunal, bizonal federation with political equality, as set out in relevant Security Council resolutions, and its support for the Secretary-General’s efforts.

The Security Council shall remain seized of the matter.”

By gavriella
Previous article895 new cases of COVID-19, no deaths on Friday
Next articleCyprus flag parades in the Tokyo Olympics opening ceremony