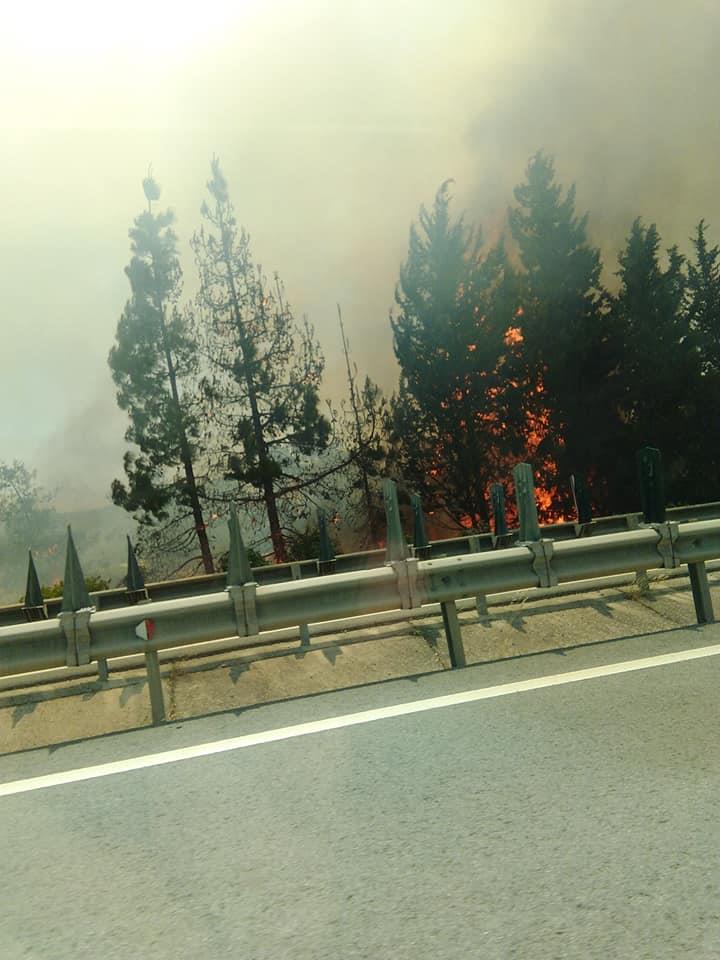 The fire was partly contained a little before 3 pm..

The head of the Forestry Department Charalambos Alexandroun told CNA the fire had started from sparks following an accident on the highway.

He said the fire had started on the left hand side of the highway but because of the strong winds had jumped across to the other side.

“The fire was difficult because we had to deal with two fronts, and the one on the right was moving towards the forest and the wind was against us,” he said.

They were assisted by six fire Fire Service fire trucks with 20 fire fighters, four EMAk vehicles and a fire truck each from Pera Chorio Nisou and Larnaca fire stations.

The fire broke out a little after 11 am, close to the Kornos exit. Police first closed a section of the highway and diverted traffic on to the old road.

At around 2.40 pm, police announced that old road was also closed and told the public to head to the Rizoelia roundabout in Larnaca. It was reopened a little after 3.15 pm.

The Forestry Department has posted photos taken from the air of the fire.

By In Cyprus
Previous articleOrange alert as temperature to exceed 42.5 C
Next articleFire in Sotira forest area near Ayia Napa roundabout (video)