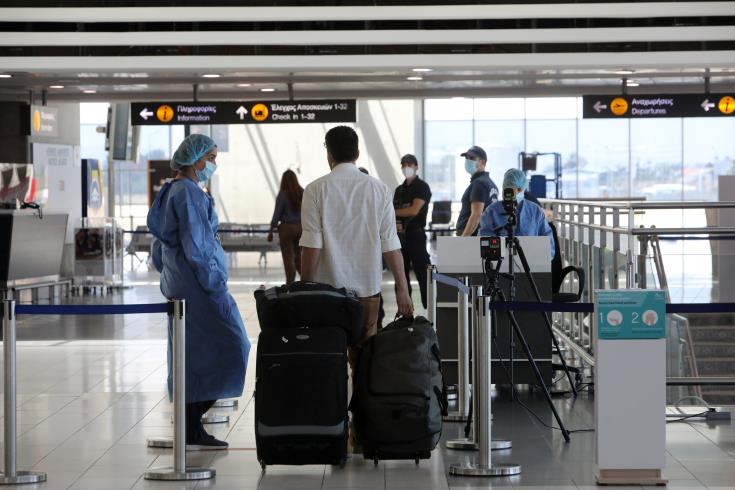 The second phase in the operation of the airports starts on Saturday with all passengers arriving from Group A countries no longer requiring a certificate that they have tested negative for coronavirus.

However there will be random checks for passengers from Group A and those from Group B. The latter will also need a certificate that they have tested negative for Covid-19.

Hermes Airports senior communications manager Maria Kouroupi told CNA that despite the many challenges the resumption of commercial flights since June 9 has gone smoothly with passengers following the measures introduced as part of the protocol which include wearing masks and distancing.

“This is a very small number of flights compared to the corresponding period last year,” she said.

Changes tomorrow will mean that Group A passengers will no longer need to present a a certificate that they had tested negative for Covid-19 within 72 hours of their departure but will still need to complete the relevant forms. There will however be random tests, she said.

This has given the opportunity to a number of airlines to change their schedules from June 20 onwards while from Sunday, Paphos Airport will also start operations with the first flight — a Ryanair flight from Thesaloniki – due to land at around 7 pm.

Transport Minister Yiannis Karousos and Hermes Airports CEO Eleni Kalogerou will be at the airport to welcome the flight.

All passengers flying to Cyprus must register on a new tailor-made portal CyprusFlightPass.

The portal also features information on the classification of countries into groups which will determine which passengers can come to Cyprus and what is required in each case. Currently only Cypriots and legal residents are allowed to come to Cyprus from Group C countries.

Transport Minister Karousos said earlier today the classifications will be updated every Friday — to be effective from the Monday after.

The new classifications are expected some time today.

Kouroupi noted that Cypritos who wish to travel abroad can consult a site launched by the EU (Re-openEU) with information on countries they wish to visit.

Asked about the incentives announced by the government to boost flight connectivity, Kouroupi said these were over and above those already in force and had helped a number of countries include Cyprus in their flight plan from July onward.

“But all will depend from the wider epidemiological situation which also determines demand. While a lot of people want to travel, in the end there is some hesitation,” she said.

Group B countries are Israel, Poland and Romania.

According to CNA barring any last minute changes Belgium, France, Italy, Lebanon, Jordan, the Netherlands and the UAE are expected to be included in group B.