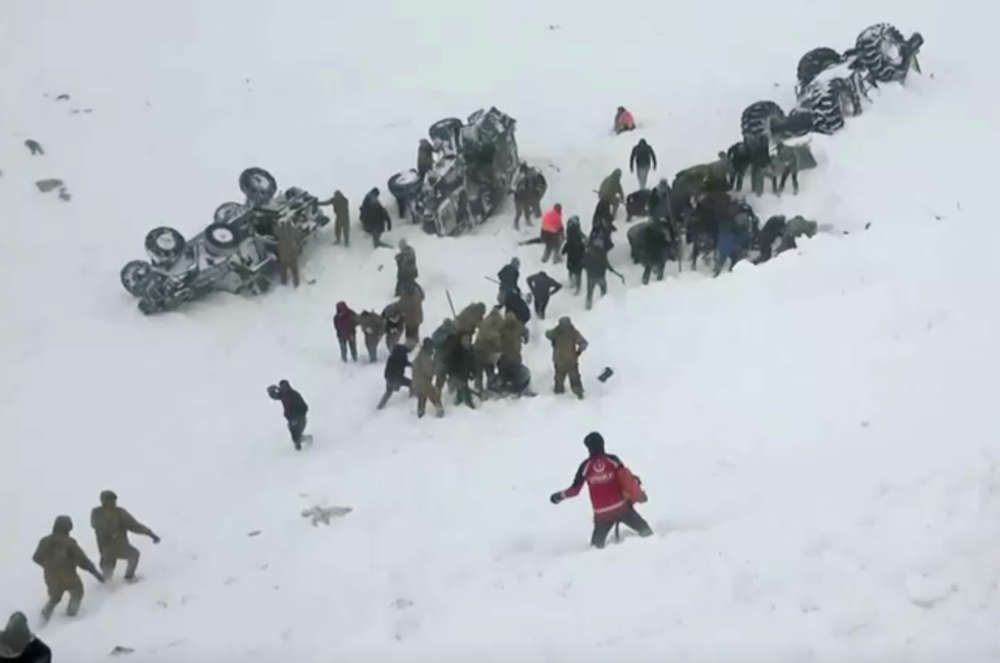 Two avalanches in eastern Turkey have killed 38 people, most of them buried by the second downslide while working to rescue victims of the first, officials said on Wednesday.

Turkey’s Disaster and Emergency Authority (AFAD) said 33 people died when the second avalanche hit while they were searching for two more victims of the first snowslip, which killed five people, after rescuing eight others.

Fifty-three people were injured, it said.

TV footage from Bahcesaray district in the eastern province of Van showed dozens of people using shovels and sticks in snowfall and high winds to dig out vehicles that had been buried and toppled in the avalanche, which occurred on Tuesday evening.

Van governor Mehmet Emin Bilmez said earlier that rescue efforts were continuing but did not say how many people were still believed to be trapped.

Interior Minister Suleyman Soylu said conditions in the area made it difficult for rescue vehicles to operate, adding that a vehicle had been pulled out from under 4-5 metres (16 feet) of snow.

Osman Ucar, head of AFAD’s Van office, was hospitalised after being caught in the avalanche. He told Ihlas News Agency from hospital that some 200 people were working in the rescue operation but many were out of the immediate area when the second avalanche hit on Wednesday.

By In Cyprus
Previous article450 applications for electric car subsidy, scheme to be extended
Next articleThe Department of Environment gives green light for Paralimni Marina