Search on for compromise formula to teachers’ dispute 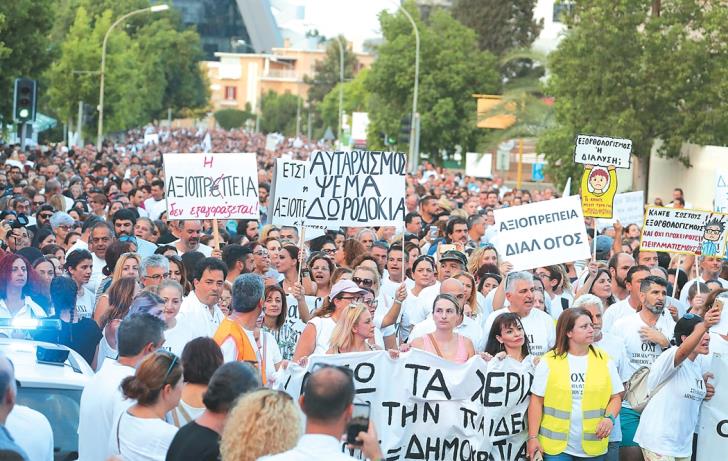 Efforts are underway to find a solution to a protracted dispute between the government and teachers’ unions over proposed staffing changes.

Teachers on Tuesday evening staged a massive protest at the Presidential Palace in defence of what they said was their dignity and public education, and to condemn the government’s proposed changes. Reports said more than 10,000 participated in the demonstration.

With schools set to start next week,  House president Demetris Syllouris took some ideas to the Presidential Palace while DISY chairman Averoff Neophytou urged the government to reinstate the compromise proposals it had submitted to teachers on August 23.

Parties of the opposition have made their own proposal — they suggest both the government and the teachers freeze any action and enter into talks.

The government on Wednesday expressed its satisfaction at the orderly fashion in which teachers had demonstrated on Tuesday evening and said it had full respect for the right of all citizens and groups to protest.

And it again urged teachers to enter into a dialogue with a specific agenda and time plan to resolve the dispute,