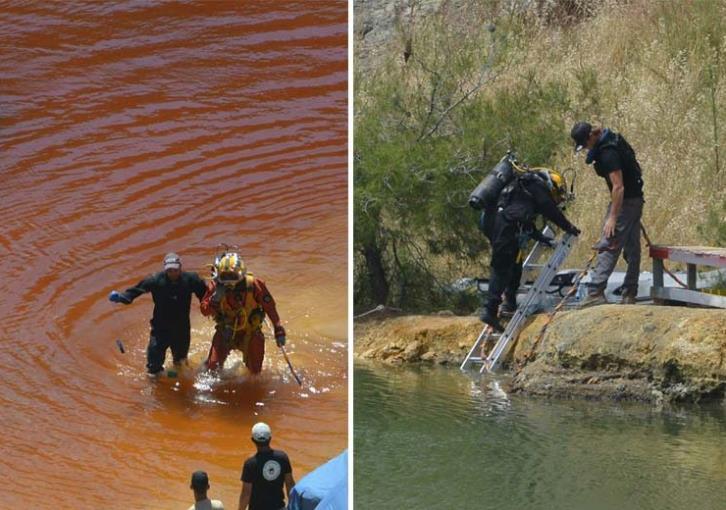 Search parties continue today their search for a woman and a child, believed to have been murdered by a self-confessed serial killer, currently in police custody.

According to Philenews, the search parties believe that, sooner or later, the suitcase with the body of Maricar Valtez from the Philippines and her six year old daughter, Siera, will be located.

Speaking yesterday, after a meeting of those involved in the search, Fire Department Chief Markos Trangolas said it was decided to continue the search, as planned, with a diver to investigate three marked targets. The Authorities, he added, are in touch with a bureau in Britain, recommended by Scotland Yard, which has a special radar to scan the ground.

At Memi lake, in Xyliatos, the data collected so far from the sonar scan will be examined in order to identify the priority points, to enable a diver to search the marked locations.

A Greek Cypriot army officer who has reportedly confessed to killing five women and two children, has told police he had put the bodies of three of his victims — a mother and daughter  and another woman — in suitcases and thrown them in Kokkini Limni.