Search for bodies in lakes to continue on Sunday, if nothing is located 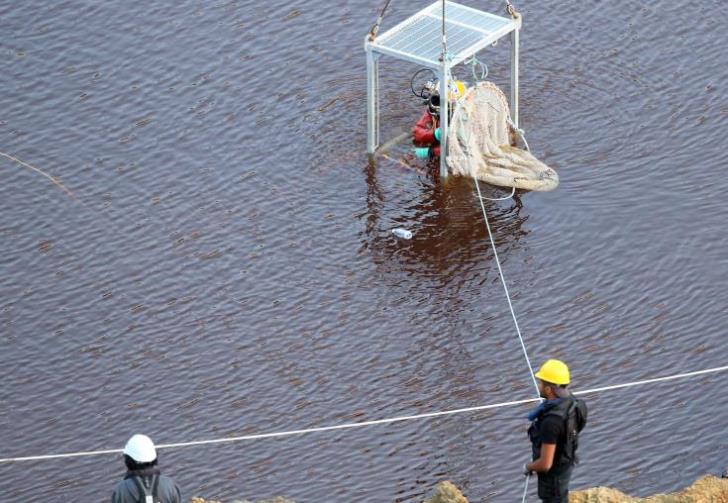 The search for bodies of the victims of a 35-year old self-confessed serial murderer continues at the bottom of Kokkini Limni (Red Lake), within a marked corridor, with the help of divers.

At around 15.00 on Saturday, a generator with four powerful search lights was brought to the area by a company providing support services to the search parties.

According to available information, mud is now higher than the waist of a diver.

The authorities have asked Britain to see if they can send over a special radar which can help the search in Kokkini Limni. It remains to be seen whether such a radar can actually operate in the Red Lake and in lake Memi.

Today, as the results of the analysis of the scanning of items found in lake Memi with the help of sonar equipment are expected, no search has taken place in Memi.

Search in Kokkini Limni aims to locate the body of a third woman, whom the self-confessed serial murderer has said he had thrown there, in a suitcase.

If nothing is located today, the search will continue on Sunday.